Will Augusta National Anchor Down? 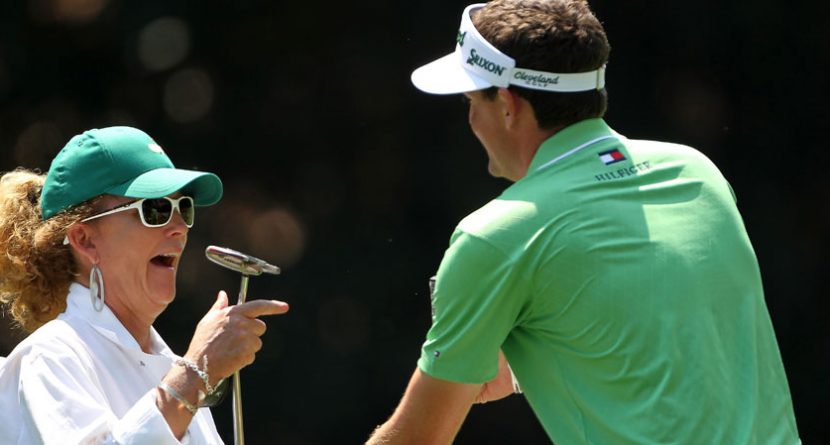 ‘Twas a strange time indeed; putter faced off against yipper, the Tour’s fraternity of millionaires pushed and pulled itself to the brink of civil war, and some of the most powerful figures in golf deployed every club in the PR bag, from spurious statistics to shaky political analogy, in a bid to win the hearts and minds of swing(ing) voters.

Then Rory walked off at Doral, Tiger started to act the part again, and we, the distracted public, ceased to speculate.

Well, the forecast for Masters week includes spells of prolonged déjà vu. The ban may look a fait accompli – after all, what hope has the PGA Tour and a handful of loyal proxies against the assembled might of the governing bodies and international tours? – but six long months of mudslinging and bureaucratic backbiting have left a messy legacy. And as the first major championship since the ban was officially mooted, the 2013 Masters will act as an awkward test case for the dozen or so transitional majors to come. In short, it’s time for the belly putter debate to get the grittier, darker reboot it was crying out for.

Now that Ernie has been shamed into giving up the long stick, when do Webb and K-Brads plan on following suit? How would the public receive a broomhandle-wielding Masters champion? How would said champion view his own victory, secured courtesy of a doomed technology? No straightforward answers here.

Actually, there might be one. To that optimistic minority anticipating a statement from Augusta National chairman Billy Payne favorably disposed to the ungainly business of anchoring, I can say with some confidence: you’ve come to the wrong place. Expect diplomatic neutrality at the very most.

Everything about the Masters, from the ersatz Scottishness of Augusta’s layout to its throwback concession prices, is about preserving the pristine, museum-piece feel of an event out of time. Anchoring doesn’t jive with that aesthetic. Factor in a particularly tight relationship with the USGA, and a lurch towards bifurcation begins to look an outright impossibility.

That’s not to say certain incongruities don’t blot the fairytale landscape every so often. Take the presence this week of 14-year-old Chinese amateur Guan Tianlang, for example. As a beneficiary of the tournament’s recent decision to extend a playing invitation to the winner of the Asia-Pacific Amateur Championship, the teenager arrives at Augusta a poster child of the event’s commitment to breaking new boundaries. And he does so with a longer-than-standard putter poking conspicuously from his bag.

The green blazers, then, can accommodate themselves to certain uncomfortable realities, particularly in the cause of a worthy goal; but acceptance shouldn’t be mistaken for enthusiasm.