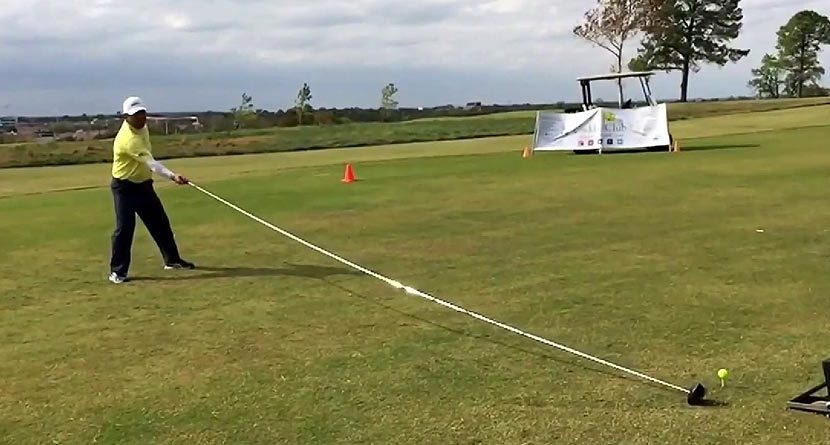 It’s a new month, which means there’s a new world’s longest golf club. Seriously. For the third straight month, the Guinness World Record for the longest usable golf club has been broken.

It began in September when Karsten Maas broke the record with a club measuring 14 feet, 5 inches. That was quickly shattered in October by Ashrita Furman, who made a club that’s 18 feet, 5 inches long.

Now a past record holder, Michael Furrh, has jumped back into the fray with a 20-foot-6-inch club. One of Furrh’s clubs previously broke the record in 2012 at 14 feet, 2.5 inches long.

Here he is swinging the 20-foot club in slow motion:

I guess he couldn’t sit by and watch his record broken not once, but twice. With the clubs getting longer and longer, the drive distances are getting far shorter. Furrh hit this one a whopping 63 yards, down from his 146-yard bomb with the 14-footer in 2012.

We’ll update you in December when the record will be broken again. I’d put my money on it being 23 feet, 8 inches.