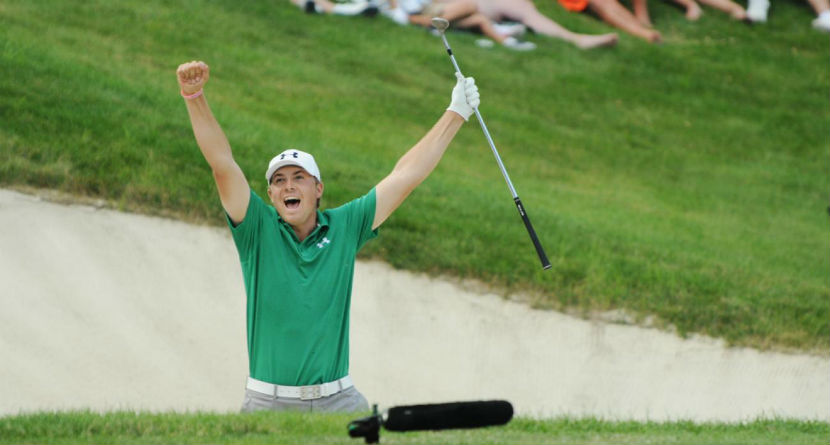 Jordan Spieth won his first PGA Tour event at the ripe age of 19 at the 2013 John Deere Classic. As a sign of things to come, he did it in dramatic fashion holing this clutch bunker shot for birdie on the 72nd hole to get into a playoff, which he won on the fifth hole of sudden-death. Spieth became the fourth youngest PGA Tour winner and the first teenager to do so since Ralph Guldahl won the Santa Monica Open in 1931.