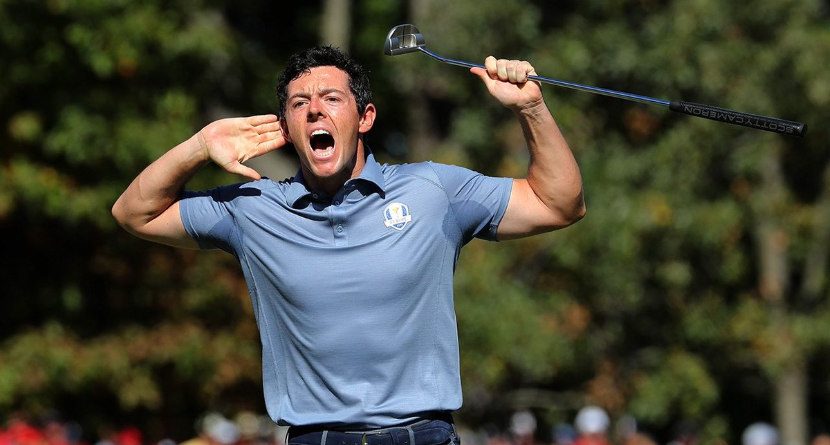 We are thankful we got to witness one of the most epic exchanges in match-play history. During the opening match of the 2016 Ryder Cup Sunday Singles, Patrick Reed and Rory McIlroy put on an absolute show trading haymakers during the front nine which included this moment that will live forever in Ryder Cup lore. Reed handed McIlroy his first career loss and the U.S. prevailed for the first time since 2008, task force and all.