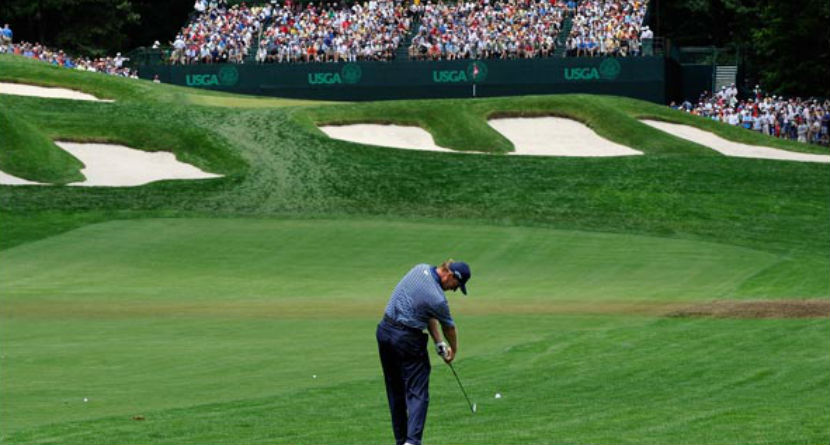 Finding the fairway on the sixth hole at Olympic Club is the first hurdle. Players must negotiate a large fairway bunker that makes a tight fairway even tighter at around 295-yards. From there, they are hitting to a green with a serious false front which will send back short approach shots. It also has two massive bunkers front left and back right. In 2012, it played to a 4.54 stroke average where the field only made 15 birdies all week.