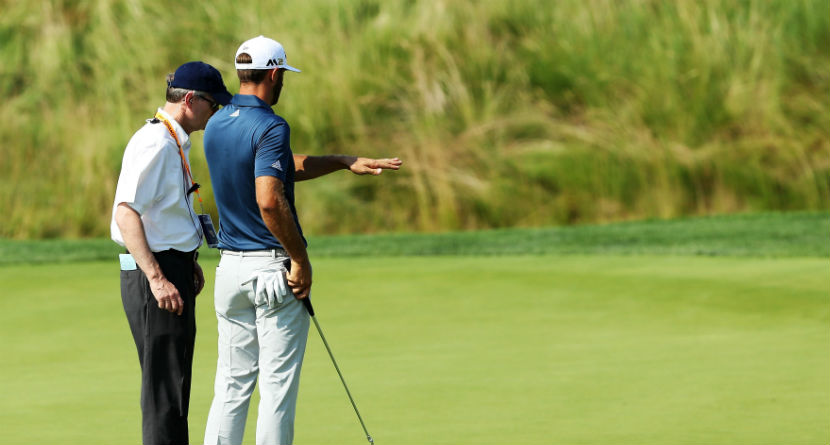 Brittany Lang just won the US Open. USGA President Diana Murphy probably should have known her name. Come on. pic.twitter.com/YXSGvOyJ8F

Brittany Lang had just won the 2016 U.S. Women’s Open. Brittany Lang was ready to receive the biggest trophy of her career. And then Brittany Lang wasn’t even sure if she was being awarded the trophy because USGA President Diana Murphy butchered her name over and over again. Watch the video and try not to cringe.

“I would like to apologize to the 2016 U.S. Women’s Open champion, Brittany Lang,” Murphy said in a statement. “During the prize presentation, I mistakenly called her by the wrong name repeatedly. I have expressed my regret to Brittany personally and explained that in the heat of the moment, I became nervous and made these mistakes. I appreciate her understanding, and I am sorry that what I said may have taken away from a historic moment for a very deserving champion.”