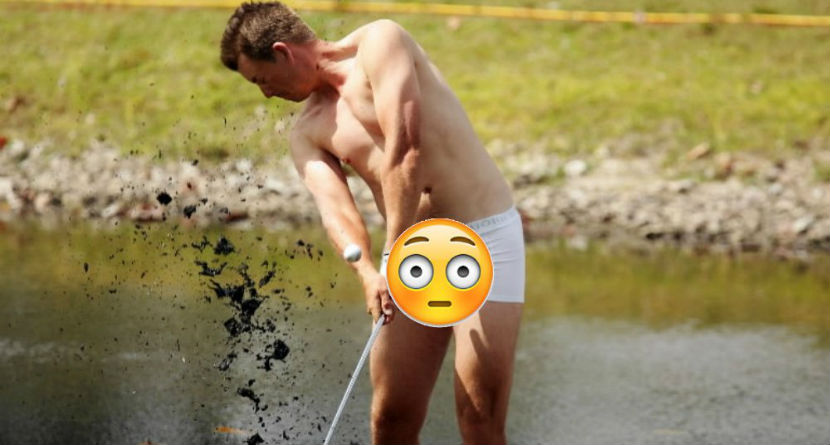 When you need to save every shot to make it to the weekend … #QuickHits pic.twitter.com/Qb5hpmt4IE

Shawn Stefani reminded everyone of that every shot counts during the second round of the Honda Classic when he stripped down to his underwear on the sixth hole to play a shot from a water hazard. He was able to splash one out but still made bogey.

“Hopefully, my wife wasn’t disappointed,” Stefani said, according to Golf Channel. “But I was out there fighting for my family. I was fighting to make the cut.”

Unfortunately, he finished two over par missing the cut by two, but he at least he didn’t lose his sense of humor.

“I was wearing Calvin Kleins,” he joked. “Hopefully, I looked good. I’ve been going to the gym.”