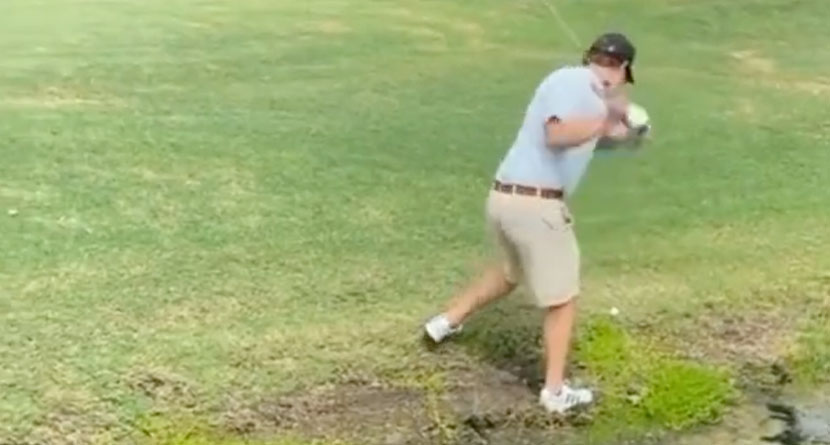 Four guys were enjoying a round of golf when they reached the 18th tee. The first three guys put their balls in the fairway while the last guy drove a brand new Titleist over the fence and into a field. He told his friends to finish up and that he would meet them in the clubhouse.

A half-hour went by and finally, the fourth golfer showed up in the bar all beat up with bumps and cuts on his head, bleeding all over. One of his fellow golfers asked what the heck had happened?

He told them the story.

Anything To Save A Stroke

Anything to save a shot! 🤿 pic.twitter.com/C1ADtVHjAb

A post shared by R I C K I E (@rickiefowler)