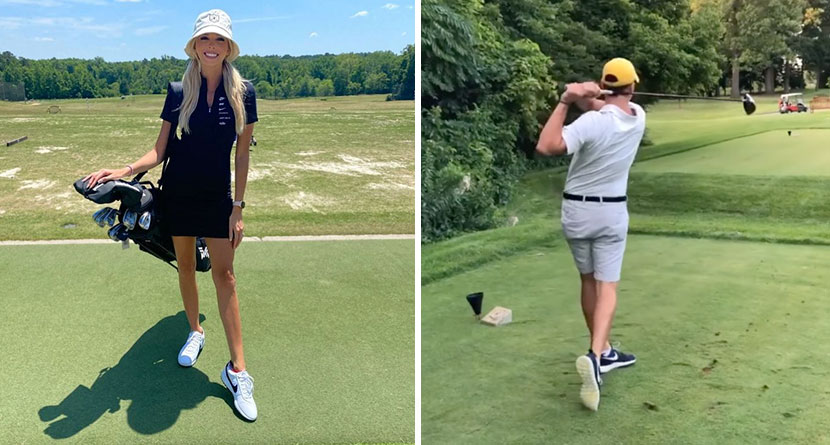 The day was long and arduous for the young man, but finally 5 o’clock came around. The boss arrived and asked, “How many sales did you make today?”

“One,” said the young salesman.

“How did you manage that?” asked the flabbergasted boss.

“Then he said his Volkswagen probably wouldn’t be able to pull it, so I took him to the car department and sold him a new pick-up to haul it in.”

The boss took two steps back and asked in astonishment, “You sold all that to a guy who came in for a bag of tees?”

“No,” answered the salesman. “Actually, he came in to buy a box of tampons for his wife and I said to him, ‘Your weekend’s shot, you may as well go play golf.'”

That’s What Friends Are For