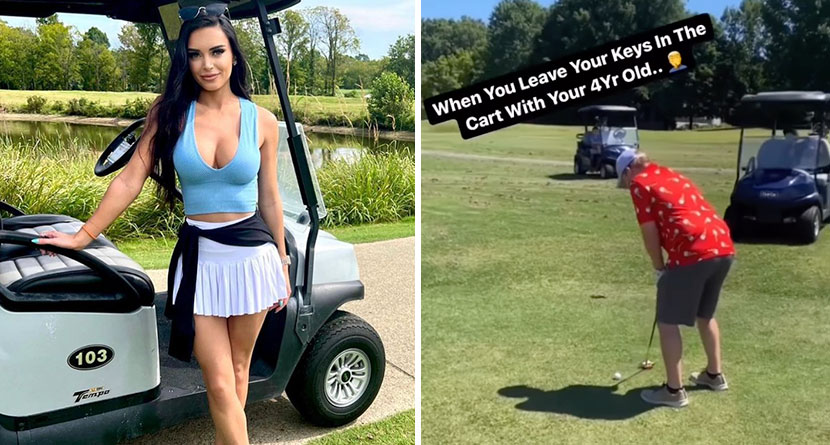 A man comes home after a terrible round of golf. It was his worst round ever. He plops down on the couch in front of the television, and says to his wife, “Can you get me a beer before it starts?”

The wife sighs and gets him a beer.

Fifteen minutes later, he says, “Get me another beer before it starts.”

She looks angry, but fetches another beer and slams it down next to him.

He finishes that beer and a few minutes later says, “Quick, get me another beer. It’s going to start any minute.”

The wife is furious.

“You’ve been out playing golf all day!” she yells. “Is that all you’re going to do tonight? Drink beer and sit in front of that TV? You’re nothing but a lazy, drunken, fat slob, and furthermore…”

Time To Take This For A Spin