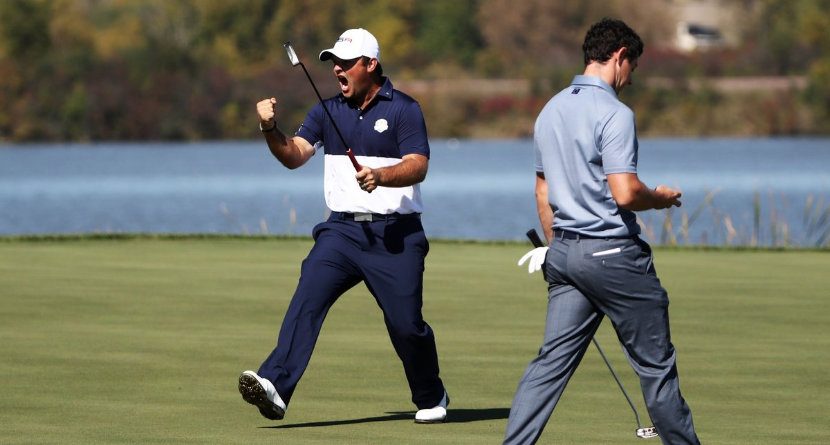 DJ hit the “shot of his life” with this approach shot on the 18th during the last round of the U.S. Open. After the debacle on the 5th hole concerning his ball moving on the green, DJ was told that an extra stroke could be added to his score at the end of the round. He had to make sure he didn’t have any major errors if he wanted to hoist the U.S. Open Championship Trophy. Just watch the pro-tracer in the above video to appreciate the precision of this shot.