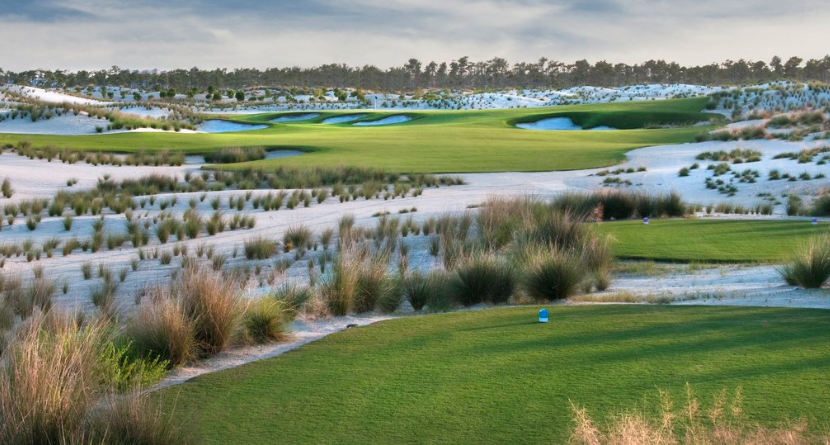 White Witch is a beautifully built course in Jamaica. Keith Stein situated this course 12 miles northeast of Montego Bay. While the course looks green and inviting at first, its namesake is the “White Witch of Rose Hall,” Anne Palmer. She was an early 19th century mistress of the former sugar plantation on which the course is built. It is rumored she abused her slaves and practiced voodoo, on top of murdering three husbands. The par-three 17th is a signature hole, with the beach white bunker contrasting against the lush green, with a lone tree in the back popping out against the ocean blue. See it here.