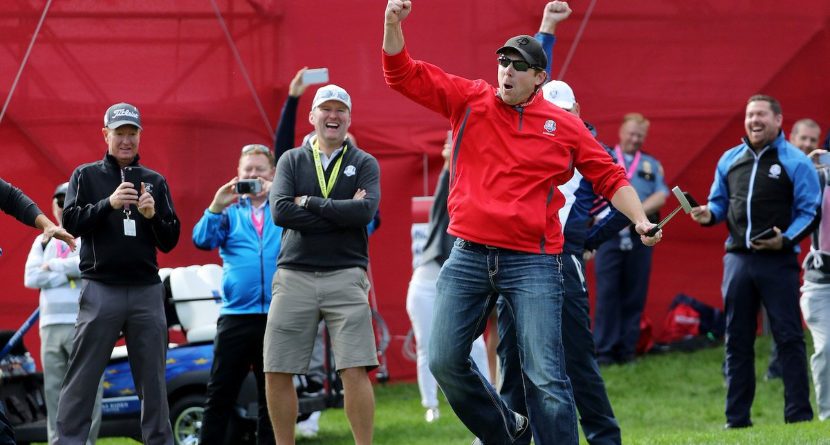 Rory heard it all from the American fans at Hazeltine during the Ryder Cup, but this instance was different. After repeatedly missing the same putt during a practice round, a heckler was giving he and Justin Rose the business. They invited the guy to the dance floor to put his money where his mouth was literally – there was $100 riding on it too! He rolls it in for one of the coolest fan-athlete interactions in the history of sports.