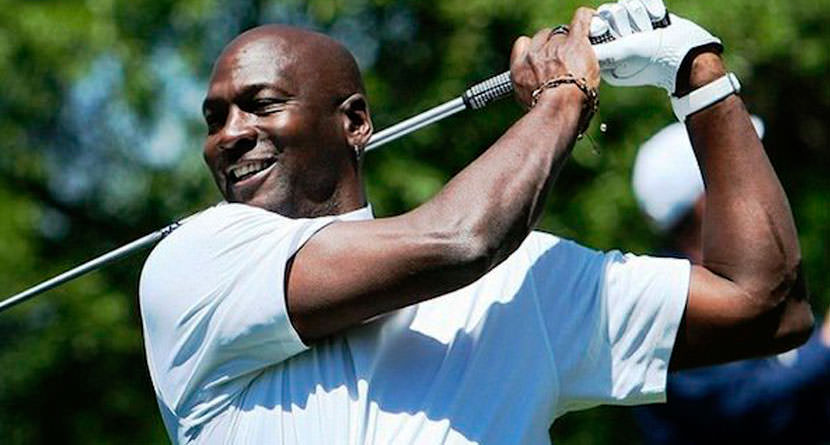 Yao Ming of China hits a bunker shot during the World Celebrity Pro-Am golf tournament in Haikou on the southern Chinese island of Hainan on October 21, 2012. (Photo by Ed Jones/AFP/Getty Images) Jerry West reacts after hitting his putt during a taping for the Northern Trust Open’s ‘PLAY for L.A.’ campaign aboard the USS Ronald Reagan on January 25, 2011 in San Diego, California. (Photo by Stan Badz/PGA TOUR)