AHMAD RASHAD: Behind the Scenes With Bill Murray 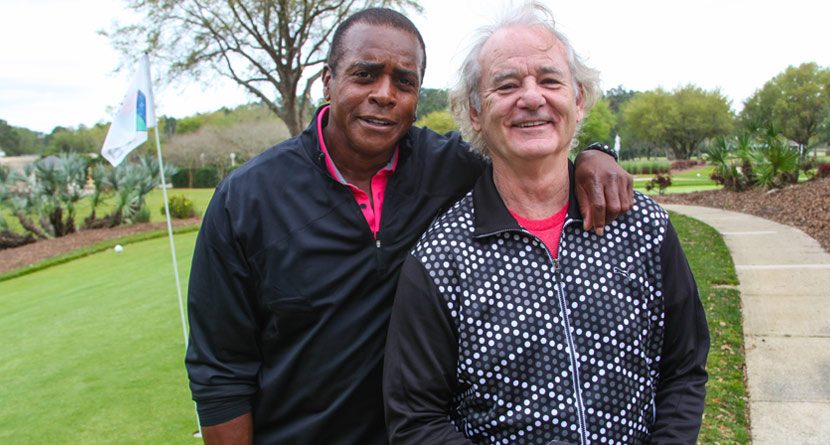 On the debut episode of his new Back9Network show, Emmy Award-winning broadcaster Ahmad Rashad joined special guest actor/comedian Bill Murray for a revealing and entertaining discussion. The pair took to the miniature golf course for an unconventional interview, in which Murray revealed where his love for the game originated, how he originally taught Rashad to play golf and much more.

Here are a few highlights:

Bill Murray On His Experiences As A Caddie

Bill Murray Recounts His Favorite Moment On The Course

Bill Murray On The Game Of Golf

Bill Murray, Has Some Fun With A Fan

Emmy Award-winning sportscaster Ahmad Rashad gives Back9Network’s audience a rare opportunity to go behind-the-scenes with some of the biggest names in sports and entertainment. Ahmad delivers candid, yet in-depth interviews with the compelling personalities that epitomize the lifestyle of golf.