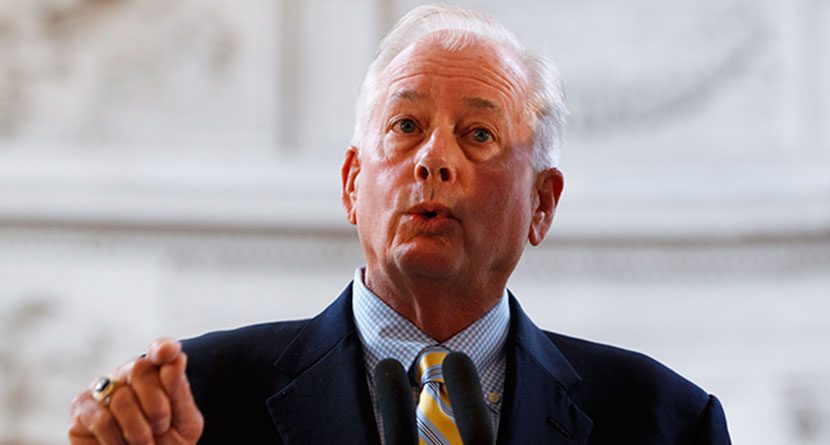 Recently ousted from his position as president of the PGA of America, Ted Bishop joined Back9Network’s “The Turn” and “The Clubhouse.”

In his visit with Shane Bacon on “The Turn,” Bishop touched on the circumstances surrounding his departure from the PGA, his championing of women’s golf and how the entire process has touched his family, which includes two daughters that work inside the game.

Bishop, who, after his departure, returned to his post as General Partner and Director of Golf at The Legends Golf Club, also offers his opinions on improving pace of play across the game, including changing course conditions and maintenance.

Bishop also joined Bacon and Jeff Rude on “The Clubhouse” and admitted that this week, with the annual PGA of America meeting being held in his hometown of Indianapolis, has been the toughest part of his departure, so far. Bishop also discusses the USGA’s ban of anchored putters and his unique idea on improving pace of play by implementing hourly rates at his facility.

Former PGA Tour pro John Maginnes, longtime Golfweek Senior Writer Jeff Rude, and extreme sports champion Will Christien co-host Back9Network’s nightly talk show, “The Clubhouse.” The playful banter of Maginnes, Rude and Christien will echo the conversations one would hear at the 19th hole. The trio’s no-holds-barred discussions will cover the latest happenings both on and off the course, as they incorporate questions and guidance from viewers at home, celebrities and the game’s professionals.

Making a stop at “The Clubhouse” gives golf lovers across the country a perfect way to end the day, weeknights at 10 p.m. Eastern.