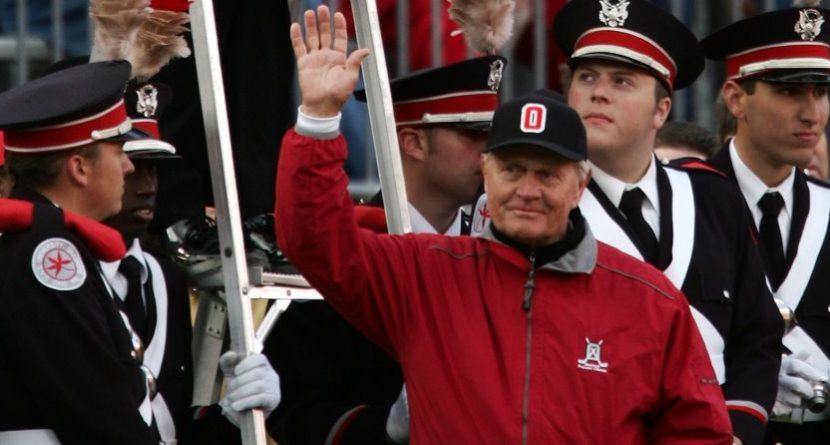 Jack Nicklaus is an Ohio State man through and through. He won an NCAA title for the university in 1961, dotted the “i” in 2006 for the school’s famed marching band, and boasts a museum bearing his name on the campus. He was born and raised in the Columbus area.

But if his alma mater’s football team advances to the BCS Championship Game and faces Florida State, which is currently the only team ahead of the Buckeyes in the BCS standings, Nicklaus will be chanting with the Seminoles. And it has nothing to do with the fact that he also has a home in Florida.

“I’m an Ohio State guy, but blood is thicker than anything else,” Nicklaus said Sunday night.

That would be a reference to his grandson, Nick O’Leary, who is a star tight end for Florida State. The junior has hauled in seven touchdown receptions this year, tied for second in the nation among tight ends. In fact, Nicklaus already has tickets to the college football title game. He bought them more than a month ago at a charity auction, then mentioned the acquisition to Ohio State head coach Urban Meyer.

“Urban, I didn’t buy these for Ohio State. I hope you guys get there to play Florida State,” he said.

Florida State and Ohio State are the only remaining undefeated power conference teams. Nicklaus couldn’t be happier – for his grandson, whose full given name, by the way, is Nicklaus.