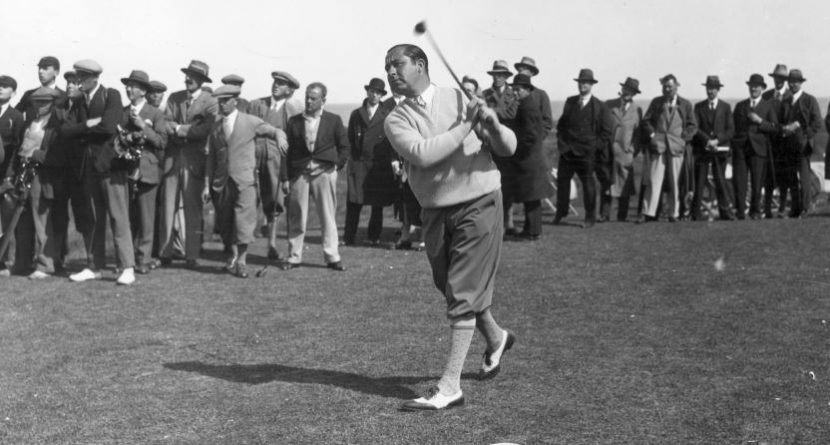 Walter Hagen was a man ahead of his time. He’s credited with being the first touring golf professional – significant in the 1920’s, a time when wealthy amateurs were more highly regarded. And he’s believed to be the first millionaire athlete; of course, just about every golfer who wins a PGA tournament these days instantly becomes a millionaire, if he wasn’t one already.

To learn more about the man they call “Golf’s Greatest Showman,” Back9Network’s Matt Adams visited the Country Club of Rochester, where Hagen was a golf pro. It sits just down the road from Oak Hill Country Club, the site of this week’s 2013 PGA Championship. An 11-time major winner, Hagen collected five PGA Championships, tied with Jack Nicklaus for the most all-time. Four of Hagen’s Wanamaker Trophies came in a row from 1924 to 1927.

Adams looks back at Hagen’s showmanship, athleticism and lasting impact on the game of golf.

Other Hot Links:
– Who Is Baba Booey and Why Do Golf Fans Yell That Name?
– #Newsworthy9: Hitting the Links
– Stars Who Have Bounced Back From Scandal