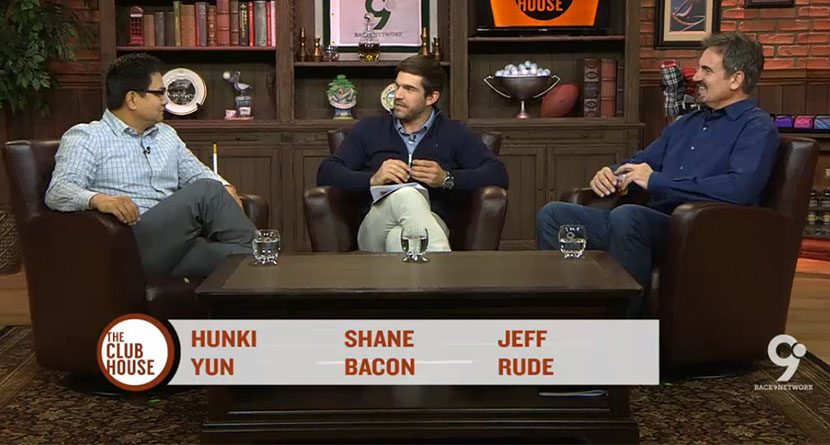 USGA Director of Special Projects Hunki Yun spent a day at Back9Network, joining all The Turn, Off Par and The Clubhouse to chat about the USGA’s efforts to improve pace of play across the game. Here’s a look at Yun’s appearances on all three shows:

The Turn
Yun visited with Shane Bacon and Lou Holder of The Turn to break down the actions the USGA has taken to combat pace of play.

Off Par
Yun “Bellies Up” with Off Par’s Matty Blake to discuss the USGA’s attempt at improving pace of play across the game.

“Off Par,” co-hosted by acclaimed actor and comedian Matty Blake, veteran voice, theatre and television actor Charles Everett, and model Caite Upton is an inventive look at the world of golf and entertainment, with a seriously comedic twist. Matty and Charles, along with Caite and musical director Universo Pereira, will deliver free-flowing laughs in the form of viral internet videos, user-generated social media content, golf-themed skits, and guest appearances by other comedians.

Tune into ‘Off Par‘ airing Monday-Friday at 8 p.m. EST on Back9Network — DIRECTV channel 262.