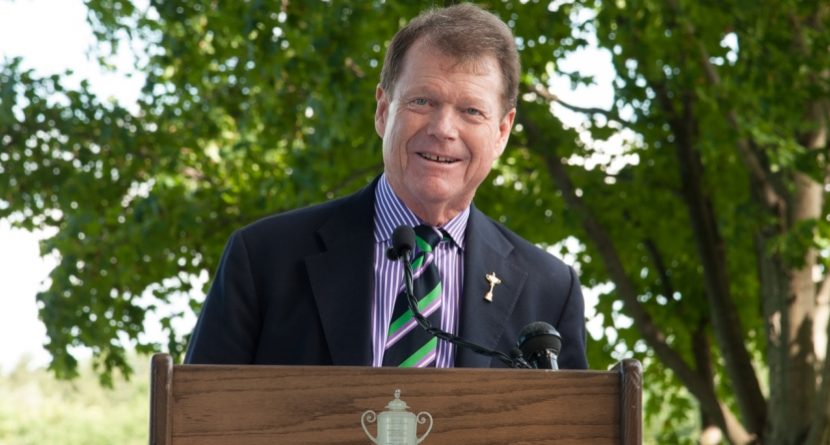 Tom Watson never won a PGA Championship, nor did he ever star at Oak Hill Country Club, but those aren’t requirements for selection into the club’s Hill of Fame. Significant contribution to the game of golf is what’s honored.

Watson joined an elite group Monday at Oak Hill, whose 13th hole on the East Course features numerous large oak trees atop a hill overlooking the green. Affixed to some of those trees are plaques honoring legends of the game, and Watson, an eight-time major winner, is now among them.

The 63-year-old accompanies the likes of Jack Nicklaus, Arnold Palmer, Ben Hogan, Byron Nelson, Walter Hagen and President Dwight D. Eisenhower in the trees, and said he was “deeply honored and privileged” by the recognition. Back9Network’s Matt Adams was there for the ceremony and takes a look back at Watson’s legacy.

Other Hot Links:
– Who Is Baba Booey and Why Do Golf Fans Yell That Name?
– Tiger Woods Favorite to Win 15th Major at PGA Championship
– Back9 in 90: Quiet Please?