10 British Beers To Drink During The Open 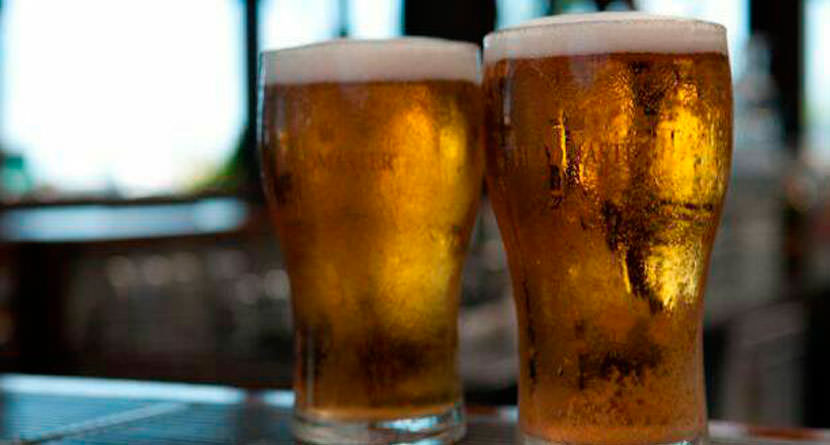 Happy Open Championship Day! As the world’s best descend upon Royal Portrush Golf Club for golf’s oldest major, golf fans around the world will be rising early to watch some proper links golf on television.

Before reaching for the coffee in the morning, consider these 10 beers from around the British Isles to drink during the Open.

Scotland’s most popular beer is Tennent’s Lager. Holding approximately 60% of the pale lager market share, if you’re looking to replicate the taste and feel of a Scottish pub during the Open, look no further than a Tennent’s.

The lager was first brewed in 1885 by Hugh Tennent, and in 1893, it won the highest award at the Chicago World’s Fair. The trademark “T” logo adorns its cans as does a script that reads “Made with pride in the heart of Glasgow, but famous far beyond its home city — for a crisp taste and a refreshingly clean finish.”

Belhaven Brewery brews around 20 beers, but they are best known for their Belhaven Best, which was launched in 1991 and became Scotland’s most popular ale in 2001, a position it holds to this day.

Belhaven has been brewing beer in East Lothian since 1719.

Founded in 1927 by Jim Porter, Newcastle is one Britain’s most well-known brews. Its claim to fame is the fact its the original Northern-style Brown Ale, which is not to be confused with the standard British brown ale. It is now owned by Heineken.

A post shared by Rodolpho Zorzanelli (@rodolphozorzanelli) on Sep 1, 2013 at 9:10am PDT

Perhaps England’s best-known and most popular Old Ale, Theakston’s iconic Old Peculier is a simple ale that combines an assortment of hops to produce a full-bodied flavor with subtle cherry and rich fruit overtones. With a nickname like “Lunatic’s Broth,” you know it’s got to be good.

First brewed in 1979 to celebrate the 50th anniversary of the iconic MG car factory, this popular ESB/bitter features hints of caramel balanced by a touch of fruit which goes down smooth. Try it on your couch with some golf and some full-flavored meats, roasts, sausages, and pies.

What’s an English beer list without a proper bitter? Fuller’s ESB is a strong ale that’s balanced with notes of marmalade and toffee for a smooth, satisfying finish. This two-time Champion Beer of Britain is sure to quench your thirst well before 8am.

Boddingtons Pub Ale was founded in 1853 by Henry Boddington. This cheap and accessible hoppy bitter is straw-golden and contains a widget in the can that gives it that classic creamy draught-style head.

Owned by Anheuser-Bush, there’s a good chance you can find it at your local store. Plus, the can is almost the same color as the iconic yellow scoreboards at the Open Championship.

The famous London beer style of the 18th and 19th centuries, Meantime stays true to its roots with this classic interpretation of a powerful, yet complex dark beer. Traditionally, this porter is paired with oysters, however, we understand if 5am is a little early for shellfish. It also goes perfectly with the Open Championship.

Harvey’s Imperial Extra Double Stout aka A. le Coq Imperial Stout is widely regarded as one of the world’s most unusual and prestigious beers. Using a dense concentration of varied malts and hops, this award winning stout packs a powerful punch checking in at 9.0% ABV. Look at it this way: that’s essentially stronger than your usual cup of coffee. Good morning!

The Bombardier is a classic bitter that has a bite that makes its drinkers thirst for more. It’s a near perfect balance of malty richness, tangy hops that goes great with a little golf on the TV. Drink it in.