Golf is a game that’s always more fun when something is riding on it. Whether it is a simple $2 Nassau or something much more complicated and expensive, the games within the game tend to always keep things more interesting.

Here are 10 great golf betting games to try the next time you’re on the course. 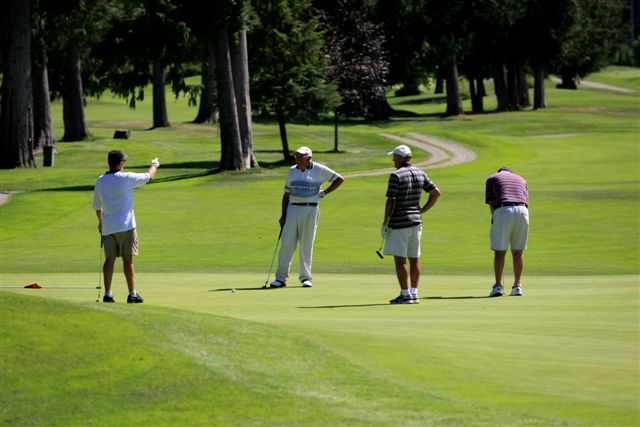 Wolf is a particular game that requires four players, all of which will play independently. The goal is to be the player with the most points at the end. Here’s how it works:

First, the order of play is decided on the first tee. The “Wolf” will always tee off last, with the teeing order rotating, regardless of honor on every hole so each player will be the Wolf every four holes. Once each player in the group hits their tee shots, the Wolf will decide whether or not to take any of the players on their team. If he or she does go this route, the hole will be played two against two with the net best ball score of the pair winning the hole. If the Wolf chooses to go it alone, they’ll be known as the “lone wolf” in which case he or she will need beat the other three players’ net score in order to win the points.

Points are awarded as follows:

If the Wolf chose a partner and they win the hole, they each receive two points.

If the non-Wolf partners win the hole, they get three points each.

If the Lone Wolf beats all the other players, he or she receives four points.

There are other variations of the game such as “Blind Wolf” where the Wolf chooses what they want to do prior to the tee shots, as well as another game called Defender that works well for groups of three.

Six-Six-Six, or Sixes (Hollywood or Round Robin) 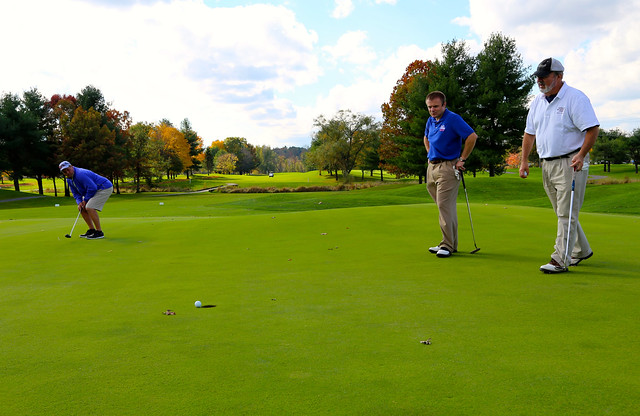 Sixes is a popular, yet simple game for foursomes. Essentially, you rotate your partner every six holes creating three separate bets. You can use any scoring format for each six-hole match. The good news is that if you get whipped in one match, you can right the ship in the next one. 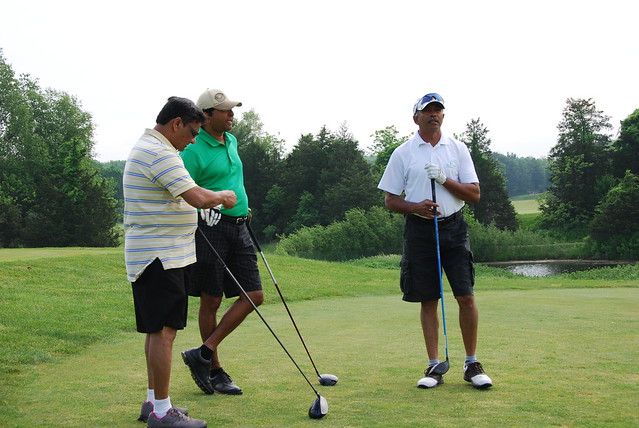 Bingo Bango Bongo awards points throughout the round for three different accomplishments:

Bango – Being closest to the pin (once all balls are on the green).

Bongo – Being first to hole-out.

At the end of the round, points are totaled and the differences are paid out. This is also a common tournament format for association playdays. Gruesomes is game that pits two-person teams against each other. Both team members tee off, then the other team gets to choose which of the drives your side has to play. Obviously, they’ll choose the worst – or most gruesome – of the two drives. From there you can play any scoring format. 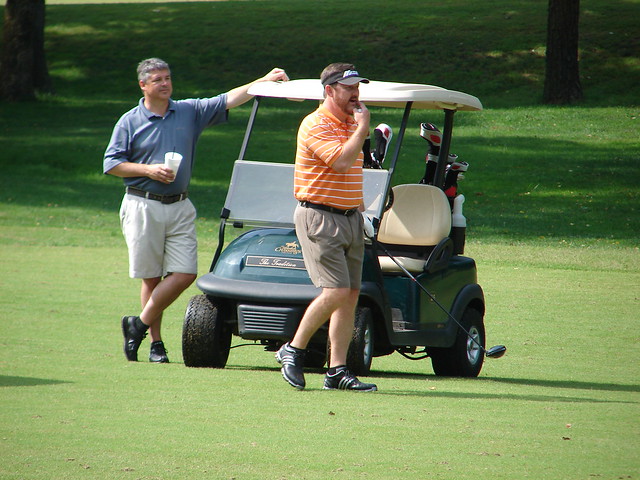 Las Vegas is another foursome game that pits two teams of two against each other. Each golfer plays his or her own ball, and the team’s two scores are combined on each hole to give them a “point value”. But here’s the catch, they aren’t added but strung together, with the lowest score always in front. So let’s say the scores of one team are four and five, so the team score is 45 (not nine). Set a money value for each point, and then the difference is paid. 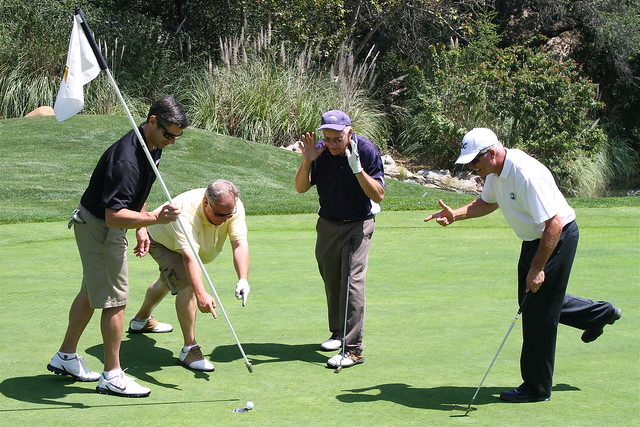 It’s up to the players on how they to set the bets, but the most popular one pays the holder of the Rabbit after the ninth and 18th hole. 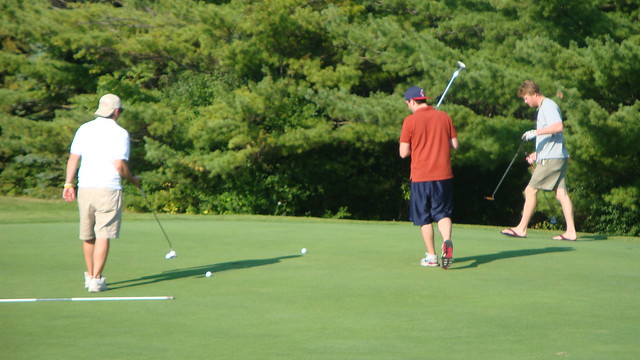 The old faithful of golf betting games. Typically you need four players to create two teams of two. Each person plays out his or her own golf ball. At the end of the hole, the lowest score recorded by the team is used toward the team tally, while the higher score is thrown out.

Skins is a game that can be played from anywhere from two to four players. Basically, the group sets a value for each hole (dollar or points). Best score wins the hole and the amount assigned. However, if there is a tie, the value amount gets carried over and added to the next hole, essentially making it worth double. If there is another tie, the previous two holes get added to the third hole and so on. The next person to win a hole outright will claim all of the combined skins. 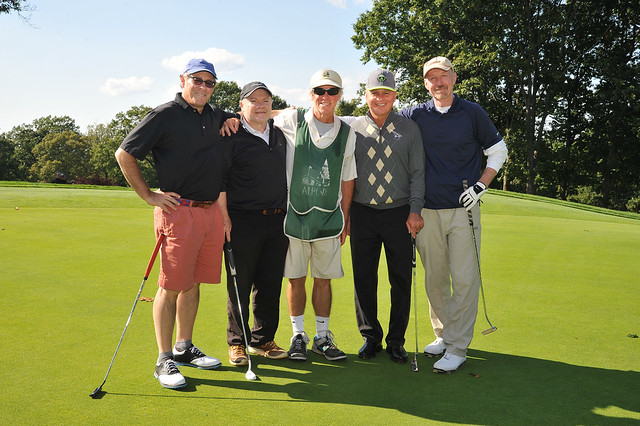 This is arguably the most popular of all golf games. A Nassau is basically three bets in one. The first is low front nine score. The second is low back nine score. The third is low 18 hole score. The $2 Nassau is perhaps the most common wager among golf buddies. It’s a simple game but can get increasingly more complicated once you start pressing. A press is a bet that runs concurrently with the original bet. The second bet is usually for the same amount at the first bet.

Garbage or Dots or the Dot Game (also known as Junk or Trash) is a compilation of lots of little bets. These can include things such as birdies, longest drive on a hole, closest to the pin on a hole which warrants positive points; things such as double-bogeys and hitting into water subtract points. Each point is worth a set amount. Add up the points at the end of the round and pay up. Other forms of Junk come in terms that sound made up – because they are – such as sandies (up and down out of the sand), barkies (hitting a tree and still making par), chippies (chipping in from off the green), or fishies (making par after hitting in the water).