10 Longest Courses In The World

Whether you are looking to challenge yourself or simply go for the experience, we got you covered. Here’s our list of the 10 longest courses in the world.

The Jack Nicklaus-designed par 72 is arguably one of the toughest in the state of Utah. Located smack dab in the middle of 3 major ski resorts, this lengthy course offers spectacular views while demanding your full attention.

The front nine plays down and up a valley and starts with an eye-popping 718-yard par five, the longest hole on the course. The back is laid out more along meadows and features plenty more long holes, including the par-5 12th which clock in at 673 yards. See it here. 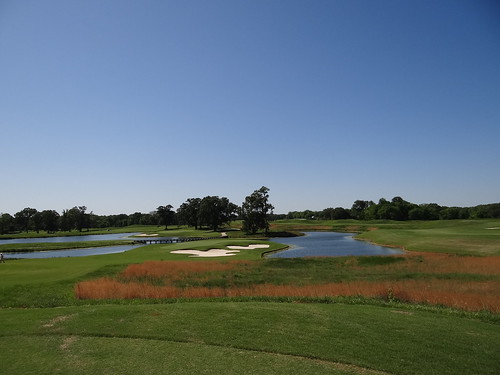 The first of two Robert Trent Jones Golf Trail courses to the make the list is the Fighting Joe at The Shoals. This par-72 super-long links-style course looks out over the Tennessee River and Lake Jackson and makes for some pretty spectacular scenery. It offers generous fairways and holes that follow natural topography along the river making a pleasurable experience the whole way through. Check it out. 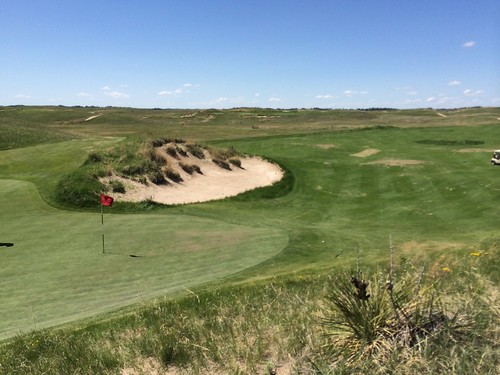 The par-72 Dunes Course at The Prairie Club designed by Tom Lehman and Chris Brands is laid out along the Sand Hills of Nebraska. With elevated tees, undulating fairways, and rolling landscape of prairies grasses, it makes for a most picturesque setting. It’s also the shortest course of this list. Strap in! See it here. 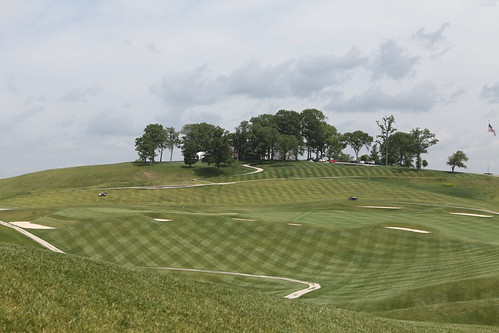 The par-72 Pete Dye Course at French Lick one of the longest golf courses in the world, but don’t let the length fool you. It’s also one of the most difficult with its unlimited uneven lies, tough rough and difficult greens. Three par-5 holes measure over 600 yards with the signature being the 657-yard downhill dog-leg left 18th. Check it out.

Dick Phelps designed this lengthy par-72 course back in 2004. It has wide fairways that wind through the surrounding communities and is known as a player-friendly design, maybe because the ball travels that much further in the high altitude. The rolling Colorado landscape and native grasses blend nicely to create a “prairie dunes style” course, which is unique to the Pikes Peak region. See it here. 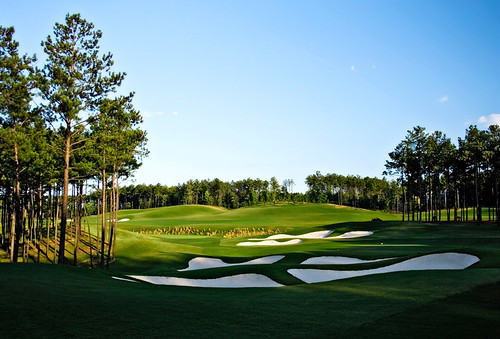 Ross Bridge is not only one of the longest golf courses in the world, but also a favorite of the 10 courses on the Robert Trent Jones Golf Trail. Sprawling over 330 acres, this girthy par-72 meanders through the indigenous Alabama landscape and around the beautiful Renaissance Birmingham Ross Bridge Golf Resort & Spa. 10 holes play along side the banks of two man-made lakes connected by a spectacular waterfall dropping 80 feet between the ninth and 18th greens. According to some folks, the signature holes are all 18. See it here.

Originally opened as a nine-hole course in 1901, this now 18-hole, 8,000 plus yard par-73 track was redesigned in 1957 by the great Robert Trent Jones Sr. At the time, this course, which can be found an hour outside of Boston, was considered the longest course in the world. The well-groomed fairways and pristine greens make for a truly enjoyable, and lengthy, golf experience. Check it out. Gary Player designed this meaty par-72 gem back in 2007 as part of a private development just outside of Johannesburg, South Africa. It features holes that run along the Crocodile River and provides views of the Magaliesburg mountains, otherwise known as the oldest mountain range in the world. The course features five par-5s with two of them stretching over 600 yards. See it here. This unique South African par-72 behemoth checks in at nearly 8,500 yards and is probably best known for its Extreme 19th hole. As opposed to other course designs, this course contains 18 different visions from designers to tour pros such as Sergio Garcia (16th hole) and former U.S. Open Champion Retief Goosen (18th hole), meaning each hole is a unique experience. Most holes feature elevated tees, but nothing compares to their auxiliary par-3 19th hole. It measures about 400 yards, drops 1,200 feet, and is only accessible by helicopter. Check it out. 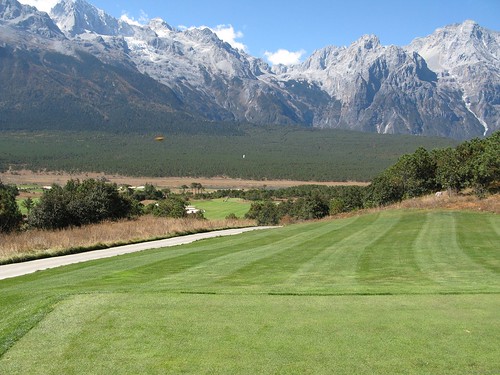 The longest course in the world hails from China and was designed by Robin Nelson and Neil Haworth back in 2001. This par-72 track checks in at a shade over 8,500 yards, but sits 10,800 feet above sea level, which helps cut down on some of the distance. Mountains surround this monster with the focal point being the 18,360-foot high Jade Dragon Snow Mountain. The longest hole is the 711-yard par-5 fifth. It may seem long, but don’t worry because at least they provide oxygen in the golf carts to account for the altitude. See it here.