10 Professional Golfers Who Served In The Military 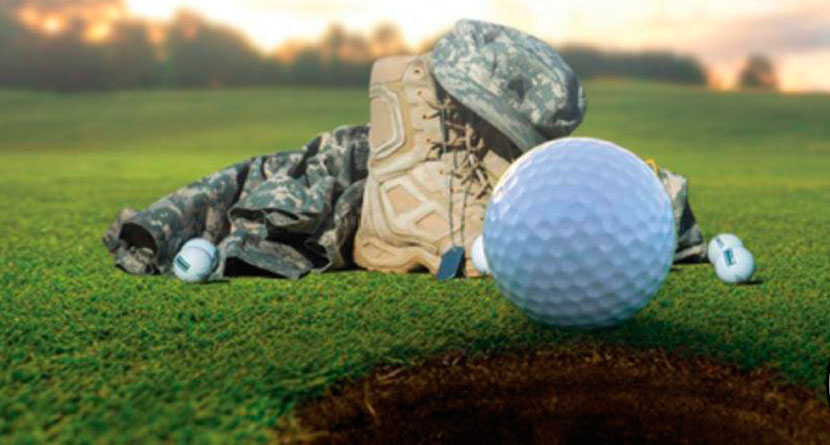 Americans celebrate their military every day, but in honor of Veteran’s Day, a special day dedicated to sacrificed and served their country, here are 10 professional golfers who answered the call to serve.

The Hawk served in the United States Air Force during World War II, stationed in Fort Worth, Texas. Hogan, a lieutenant, was a utility pilot, and although his service interrupted what many consider to be the prime of his playing career, he went on to win all nine of his majors after the war.

Before he bested Ben Hogan at the 1955 U.S. Open, Fleck served as a quartermaster, a navigational role in the U.S. Navy. He helped during the D-Day invasion at Normandy.

10 years after winning the first edition of the Masters, Smith was enlisted in the United States Air Force as a first lieutenant. During his service, Smith was assigned to the athletic branch where he organized the army’s athletic projects overseas.

The three-time Masters champion served in the Navy during World War II. Stationed at Corpus Christi, Texas, Demaret did his part to facilitate the war effort, while also getting the opportunity to play plenty of golf.

Like many of his contemporaries, Snead served during World War II. Enlisted in the U.S. Navy, Snead worked as an athletic specialist in San Diego. He was discharged in 1944 after suffering a back injury.

After retiring from competitive golf following his Grand Slam season of 1930, Jones eventually served in World War II as an intelligence officer. He rose to the rank of lieutenant colonel and was a prisoner-of-war interrogator in 1944. Although many other big-name players during the war supported the cause at home by playing in exhibition matches, Jones insisted on serving overseas.

For those that don’t know I served five years in the @usnavy, and in that time I was stationed on the USS Chung-Hoon in Hawaii, the USS Gettysburg in Mayport, FL and was deployed in the Persian Gulf and Red Sea. Please help me honor our military protecting this country by wearing red on Fridays. . . . #REDFriday #RememberEveryoneDeployed #bh3

Hurley is a graduate of the U.S. Naval Academy and spent much of his time in service on the USS Gettysburg in the combat electrician division where he was a lieutenant. He also served on the USS Chung-Hoon in the Persian Gulf for two years and taught economics in Annapolis for two more. Hurley won the 2016 Quicken Loans National.

How good is this photo of Larry Nelson from his military days? pic.twitter.com/oXgOr5CQUp

Nelson was drafted into the army in 1966 as an 18-year-old during the Vietnam War. Two years later, he was deployed overseas where he spent less than three months on the ground before returning home. Nelson would go on to win three major championships following his service.

The Merry Mex served in the U.S. Marines for four years as a machine gunner. Being promoted to lance corporal, Trevino credits that time in his life as the reason he became a great golfer. He participated in several armed forces events in Asia during his service.

A post shared by GlenLakesGolfCourse (@glenlakesgolfcourse) on Sep 10, 2018 at 10:18am PDT

After leaving Wake Forest in 1950, Palmer enlisted in the U.S. Coast Guard, serving as a Yeoman for three years. During his enlistment, Palmer was able to work on his golf game, and after his service ended in 1953, he went on to win the 1954 U.S. Amateur just before turning pro.