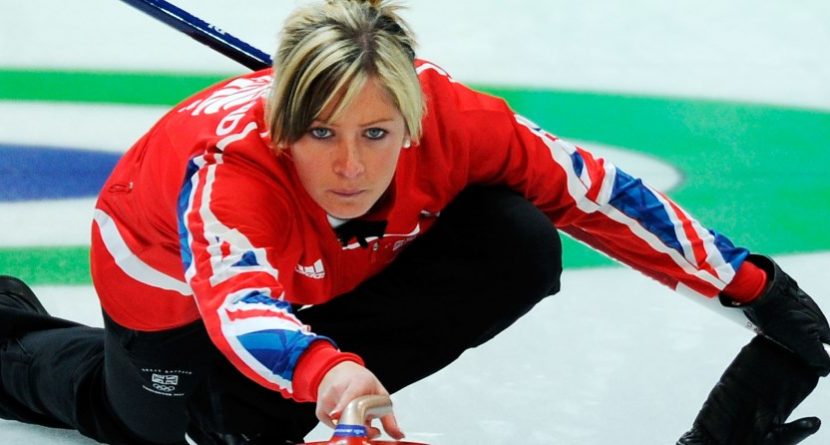 As they do every four years, the world’s greatest Winter Olympians are gathering this month in Sochi, Russia, for the XXII Olympic Winter Games. They’re the best skiers, snowboarders, skaters and sliders in the world, but really, everyone wants to know how well they can golf.

So here you go – the 11 best golfers among the Olympians competing in Sochi:

Teemu Selanne: At 43 years old, the winger for the Anaheim Ducks nearly retired prior to this season. With a 5 handicap, retirement figured to suit him well. But per the video below, he wasn’t quite ready to give golf more time, so he returned to the NHL and will suit up for Finland in his sixth Olympics.

Bode Miller: The most decorated U.S. skier in Olympic history (five medals) also carries a 7 handicap according to Golf Digest. That number came into question when Miller drilled his wife in the eye with an errant shot, but that hasn’t kept the invites to the Lake Tahoe celebrity golf tournament from coming. Eve Muirhead: A 23-year-old skip (captain) for Great Britain’s curling team, Muirhead seriously contemplated a professional golf career before deciding on curling. She had a few U.S. colleges offering her scholarships, but she turned them down to compete for her country, which she’s done quite well – Great Britain is the reigning women’s curling world champion. Justin Reiter: A 32-year-old Alpine snowboarder (he races instead of doing tricks), Reiter just missed the 2006 Olympic team and he got injured before the 2010 Games. So he retired and took a job as a regional sales manager at a golf club, which followed 10 years of serving as a golf pro in Steamboat Springs, Colo. But he eventually returned to snowboarding and will make his Olympic debut in Sochi. Erika Brown: Another curler, Brown will serve as the skip of the U.S. women’s curling team in Sochi. She actually did play golf in college, starring at the University of Wisconsin after becoming a two-time Wisconsin state champion in high school. She tells the USOC that Tiger Woods “brought fire into a game that I love” and that both golf and curling “require a great amount of touch, timing and strategy.” J.R. Celski: The short track speedskater won two bronze medals at the 2010 Vancouver Games, but he’s now 23 and the 500-meter world record-holder, meaning he’s favored for gold in Sochi. In his offseason, Celski says he plays golf three times a week and is shooting in the low 80s, having carded a sub-80 round once. Sidney Crosby: Sid the Kid has it all – an Olympic gold medal, a Stanley Cup and a splendid golf game. Well, splendid for a non-pro and good enough to rank among Golf Digest’s top 150 athlete golfers. Hannah Kearney: The 2010 Olympic women’s moguls champion only picked up the game a couple years ago, but she won ladies’ long-drive and closest-to-the-pin contests at the Olympic Celebrity Golf Classic this past summer. And a round of golf with her is worth $3,500. According to the booking agency Thuzio, “Hannah will complete your foursome for a round of golf. She’ll be the perfect fourth for your Sunday outing, and will spice up the round with tales from her time in the pros.” Amanda Kessel: A goal-scoring star for USA Women’s Hockey, the 22-year-old Kessel attended a boarding school known as being a hockey hotbed, largely thanks to the aforementioned Crosby playing at Shattuck-St. Mary’s in Minnesota. While Kessel was there, she says she had to play another sport, and the one she picked was golf, though she never played competitively. Alex Ovechkin: The Russian hockey star is the reigning NHL MVP and can give Crosby a run for his money as far as “best current hockey player in the world” goes, but he’s not really on Crosby’s level when it comes to golf. Ovechkin did, however, sink a hole-in-one during his first round of golf ever.

Steve Langton: This one is purely for the ladies. Langton is a pusher on the 2-man and 4-man U.S. bobsled teams, among the best sleds in the world. He’s ripped and has a penchant for taking off his shirt (as this video and his hilarious YouTube series depict) – even while golfing. So we don’t how he plays, but we know what he looks like while playing shirtless. h/t to my friends at NBCOlympics.com for the assistance