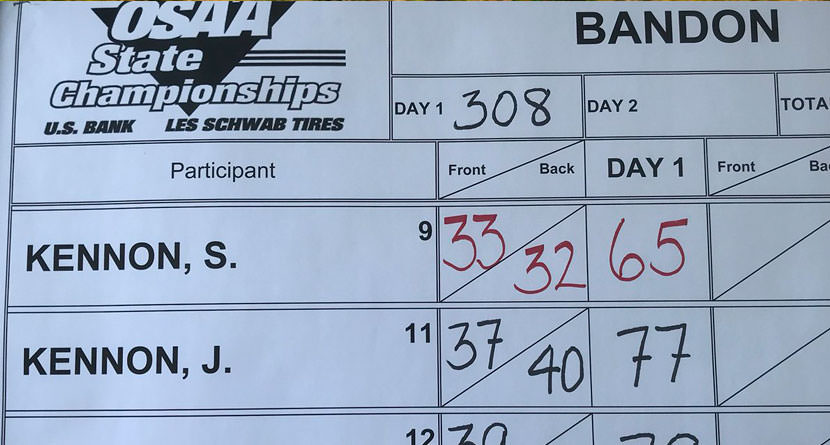 The 2018 Oregon High School state golf tournament will likely not be remembered for the stellar play of whoever manages to win the event — although the first round 7-under par 65 on the first day by Bandon High School’s Scotty Kennon is a strong start.

No, the state high school tournament is making national news because 12 golfers were disqualified after an unintended error was made on the event’s official scorecards.

According to OregonLive.com’s Nick Daschel, the Oregon School Activities Association (OSAA), the entity who runs the event, labeled the par-3 13th hole at Quail Valley Golf Course in Bank, Oregon as playing at 172 yards. Despite the rules sheet clearly stating that the boys were to play the course for the blue tees, the first four groups of the day who teed off the back nine played the hole from the 172-yard red tees instead of the 210-yard blue tees.

12 golfers were disqualified this week in an Oregan State Championship after a bizarre rules infraction https://t.co/WmeT07zyZM pic.twitter.com/Y7cAtNBBoZ

“It is the first bullet point on the rules sheet,” OSAA executive director Peter Weber said of the tees the competitors were to play.

By the time the mistake was recognized, four groups of three players from Rogue River, Columbia Christian and Grant Union High Schools had played the hole from the wrong teeing area and as a result, they were disqualified for playing the wrong course compared to the rest of the field.

The players will be able to continue to play the competition, but their scores will not count.