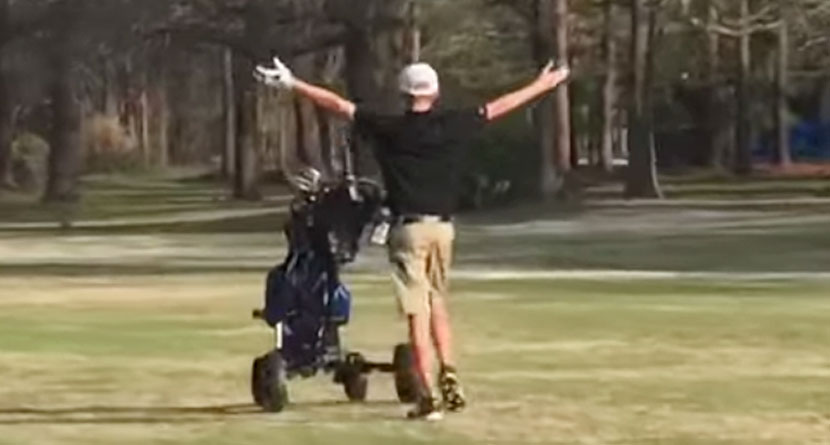 The chances of making an albatross are minuscule. The occurrence is one of the rarest shots in golf with the odds of making one 1-million-to-1.

That’s for all golfers. What are the odds of a 12-year-old doing it in competition?

That’s what Finley Burke of Jesop, Georgia did in a middle school competition on March 1. Burke made an albatross with a 5-wood at Pine Forest CC from 208-yards out. His father Chad was there on the course to record the rare shot.

The chances of making a hole-in-one, for comparison, is 12,000-to-1.  Statistically, a golfer is more likely to be struck by lightning than record an albatross.

Burke was interviewed by WJCL, an ABC affiliate in Savannah about the shot. He was having a terrific round even before the albatross, having chipped in for birdie on the previous hole. This coming from a 12-year-old, who according to his father, only picked up the game in February of 2017.

The albatross, or double eagle, is one of the rarest shots in golf. The only other possible shot that is superior is called a condor, a one on a par-5 that has actually been documented, according to the PGA. There were eight “double eagles” during the 2016-2017 PGA Tour season.