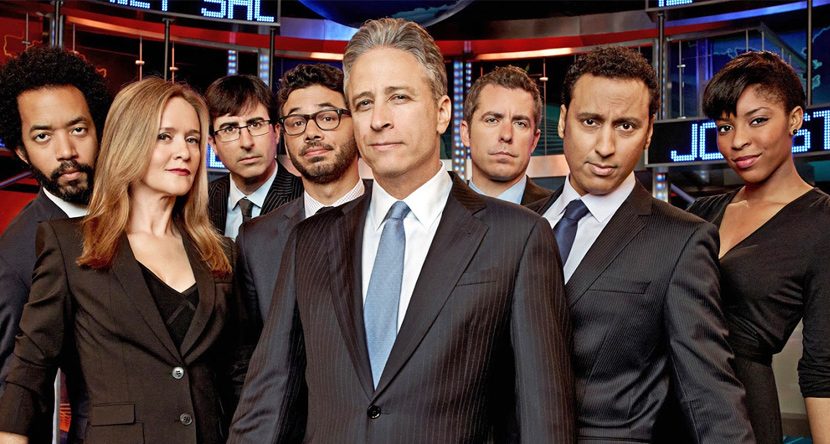 Comedian and Daily Show host Jon Stewart has returned to his post on the Comedy Central news show for the first time since June, according to the Associated Press.

Stewart had taken the time off to film and direct a new movie set to be released next year. While usually more focused on politics and pop culture, Stewart’s Daily Show has also touched on golf-related happenings in recent years. This is especially true whenever a President plays golf in the middle of a national crisis, as Stewart points out in this entertaining video about President Obama playing with Tiger Woods.

While Stewart himself is not much of a golfer, there are obviously fans on his writing staff as evidenced by their long history of poking fun at the sport.

Barack Obama, Joe Biden, John Boehner and John Kasich take to the links to discuss what should be done with the poor.

The sacred mission of the press to learn more about Tiger Woods’ low-speed, zero-casualty car crash creates a new form of background music.

Tiger Woods wins the U.S. Open by one stroke. He’s losing his touch.

Stephen tells Jon all about his upcoming investigation into Royal St. Bart’s Golf Course and Resort.

Long Island residents have tried everything they can to get on the Deepdale golf course, including upgrading to younger trophy wives and pretending not to be Jewish.

A two-year-old golfer hits a nice, straight drive at a driving range.

Martha Burk, chair of the National Council of Women’s Organizations, has been leading the fight to admit women to the Augusta National Golf Club.

Jon is saddened by America loss of golf’s Ryder Cup, but he reminds Europe fans not to get too cocky.

Canadian geese immigrants show nothing but contempt for our most sacred national treasure…golf courses.

Golf isn’t a metaphor for life, it’s just the game your father loved more than your mother or you.

Hootie and the Blowfish

Jon is sick of watching Hootie and the Blowfish play golf on VH1.