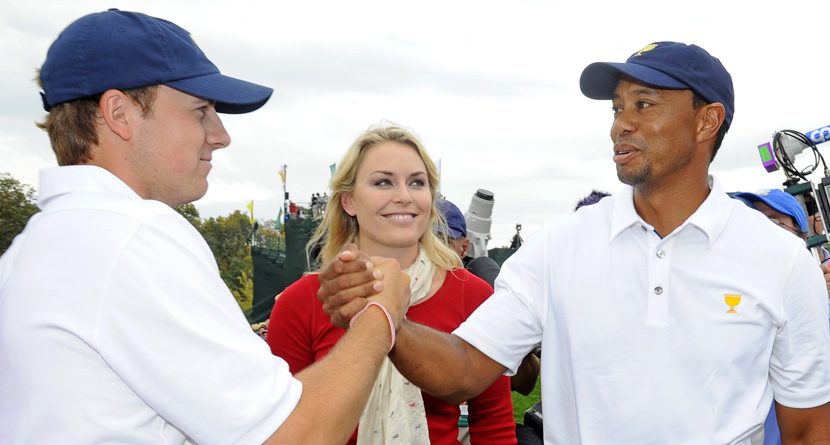 Who says the Presidents Cup isn’t exciting or entertaining? Not us! From players to fans to the media, the social networks were on fire last week with tweets, pictures and videos from the U.S. and International teams. We gathered many of those wonderful moments into one tidy little package for you here:

Keegan Bradley Gets Swagged Out

Had an Ace today! Tiger didn’t care.. he birdied the next 2 on us. Ready to tee it up with #theSavage by my side

Freddy Celebrates His Bday on the 1st Tee

One of the Coolest Presidents Cup Photos Surfaced Tiger & Kuch Have a “Fresh Prince of Bel-Air” Moment

Jason Day Keeps the Driver Hot During the Rain Delays

Sammy The Squirrel Steals the Show Didnt mean to bug you yesterday @TigerWoods. I told Lindsey it was a bad idea, but, she didnt listen.

Keegan & Phil Were At It Again

The Fans Showed Their Pride

Tiger Woods – That Is All

Zach Johnson Showed Off As Well

And Then This Happened… What a week at Jack’s place! Perseverance and playing as a team. @PresidentsCup #drinkinFromTheCup pic.twitter.com/cM7gc0Ft3l

It doesn’t get better then this! pic.twitter.com/uEyML08mdT

Good times at 2013 Presidents Cup, with my wife Amanda pic.twitter.com/5SGuh4i7Js