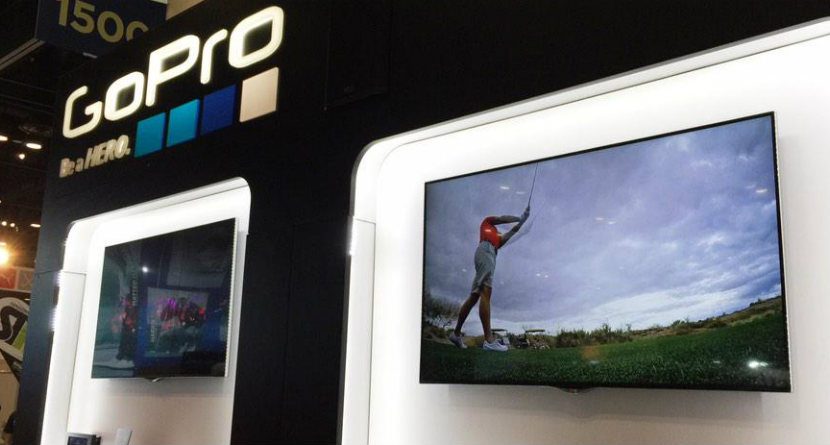 The PGA Show comes but once a year and with it comes the opportunity for the golf community to see what’s cool for the coming year.

From equipment to footwear to fashion, the products are aplenty in Orlando, Fla. each and every January. But, what about the people behind the show? For every new product or line, there’s a person putting it together, sending it to market and telling the golf world how amazing it is.

I caught up with one of those folks Wednesday to see what his experience at the show is.

Back9Network: What goes into building the GoPro presence at the PGA Show?

Josh Sullivan: It’s mayhem. The company was really built on grass roots. It’s organic and we consider ourselves lucky because we have the greatest marketing team in the world and that’s the consumer. They drive the brand. We’re a company that was born at shows just like this. It’s firing people up, it’s getting people excited about it and I think it’s great because we get to pay homage to the people who really build our brand for us.

B9N: What is the coolest GoPro video you’ve seen?

JS: Good question…There are a lot of good ones. I think the one that stands out for me is “Fireman rescuing a kitten.” It speaks to a moment that you are a part of as a consumer that you wouldn’t have been involved in or known about or cared about if the fireman wasn’t wearing a GoPro camera. He did it completely on his own. I can’t watch it without crying. It’s those experiences, if we talk about the most passionate moments, it’s those moments that mean the most to you. It could be your kid riding a bike for the first time. It could be crossing a bucket list course off your list. It could be the one shot that keeps you coming back. Those moments are endemic to all of us and they mean different things to different people. So, by creating this tool, we allow you to really tell your own story in a way that’s engaging and really captivating.

B9N: How has GoPro become a brand for golfers?

JS: If you think of golf, it’s really a brand that enables you to capture your most passionate experiences in an engaging way. As far as verticals are concerned, there really aren’t many that have as much of a passionate patronage as golf. The fact that there’s a Back9Network, the fact that there are shows like this with all these people that are so excited. We want to not only use our technology to help them share their experiences and stories in a more engaging way but hopefully we can bring a new audience to the vertical.

JS: Because golf is such a new vertical for us, it’s something that golfers want. Everyone here wants to tell their own story. GoPro is such a cool, powerful way to do that. The fact that we enable that for golfers is such a cool experience.

B9N: What is GoPro’s product focus for the show?

JS: Last fall, we launched two products: Hero 4 Silver and Hero 4 Black. It’s just about anything and everything you need to tell your story on the golf course. The Hero 4 Silver is easiest to use. The best way to describe it would be a perimeter-weighted game-improvement iron. It’s for the people who don’t want to produce videos. It’s an LCD touchscreen on the back that allows you to point and shoot without much effort and capture what you’re doing in an engaging way.