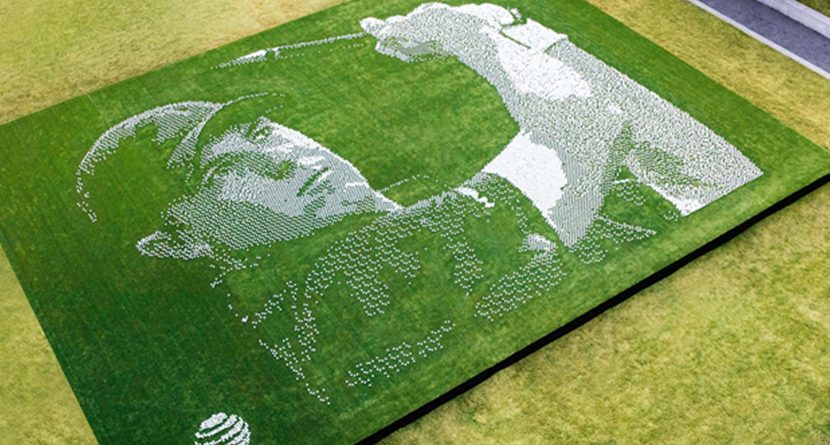 It’s tough to say who had a better 2015 season, Jordan Spieth or his sponsors. Either way, things are headed in the right direction for the the 22-year-old Texan’s #brand.

One of Spieth’s most prominent sponsors, AT&T, has used its relationship with the top-ranked golfer in the world to do a bit of guerilla marketing at Main Street Gardens in downtown Dallas. The end product, a mosaic of Speith holding his follow through, is available for public viewing through Thursday, Oct. 29.

If you’re not sure how 24,152 golf balls can make a picture, here’s a time-lapse video to show you.


Each of the 24,000-plus AT&T-logo balls were placed on tees, utilizing the grass beneath them to create negative space and a shading element. The mosaic, which was put together by a team of 25 people, will be the basis for an ad campaign that will roll out on Nov. 4.

When the piece is disassembled later this week, the golf balls will be donated to the Dallas chapter of The First Tee and the Northern Texas PGA. A nice gesture, to be sure, but where have we seen another Spieth sponsor possibly use upwards of a couple thousand golf balls…