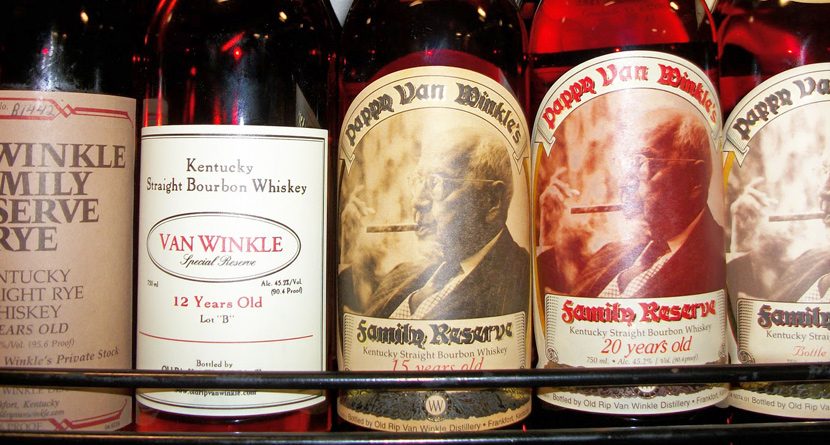 Who would have thought that some missing bourbon would have all the makings of a fascinating mystery.

Pappy Van Winkle is arguably the most prized bourbon on the planet and in October of this year, nearly $26,000 worth was stolen from the Buffalo Trace distillery in Frankfort, KY. Franklin County Sheriff Pat Melton has said he believes this was an inside job and that nearly 100 employees have been interviewed about the disappearance.

“You had to have access to it,” said Melton. “This was in a secure area, so we feel pretty confident someone had access to the area [where] this was kept.” While the theft was reported in October, authorities are just now offering a $10,000 reward for the return of the bourbon. Tips have been “pouring” in since the announcement of the reward was announced and investigators have been scouring sources like bourbon blogs, craigslist and eBay looking for strange activity but no arrests have been made.

The reason this heist is garnering so much national attention is due to the scarcity of and the demand for the bourbon. Pappy Van Winkle has developed nearly a cult following and has been cited by numerous sources as “the most sought-after bourbon in the world.”  The 20-year old has a suggested retail price of $130 a bottle and accounts for $25,325 of the missing total. The other missing liquor is a lesser priced rye.

The distinct taste of the bourbon is created by substituting wheat for rye in the recipe. Most all Kentucky bourbons are made using corn, rye and malted barley, but not Pappy. A review of the 20-year bourbon in Wine Enthusiast magazine describes it as so: “The nose is intensely fruited but also bears a tantalizing citrus zest note, the body is huge and almost chewable and the palate is tremendously buttery with some sherry notes, a dash of dried fruits and some rich, creamy vanilla. The finish is long and elegant.” Now, if you’re not a bourbon connoisseur that may not necessarily mean anything to you, but the fact that this bourbon must be allocated to distributors and only a very select few stores can even acquire it should give an idea of its scarcity.

Having been called the “best bourbon you’ll never taste” and “the bourbon so popular billionaires can’t find it,” Julian Preston Van Winkle said of his family’s masterpiece, “There’s nobody else in our situation. I can’t think of another product, period. Ferrari, Lamborghini? But if you have the means, you can get one of those. That’s not necessarily true with us. We have people with literally billions of dollars who can’t find a bottle. They could buy a private jet in cash. They’d have an easier time buying our company.”

The craze is so overwhelming that empty bottles are selling for $100 on eBay.

While no arrests have been made, Sheriff Melton has said that he is confident the case will be cracked, but until then the great bourbon mystery will continue to captivate those with a nose for justice and a pallet of discerning taste.