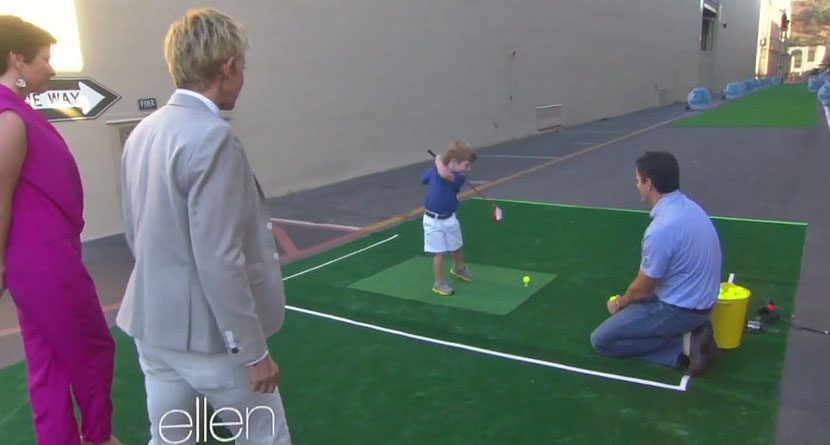 Not too long ago, the world was introduced to 3-year-old golfer Tommy Morrissey, who was born with one arm. He showed off his incredible swing on local television, impressing everyone who’s gotten the chance to witness it. Now, Tommy’s taken his talents to Hollywood.

He was a guest on “The Ellen DeGeneres Show” where he showcased his swing, piping drives down the middle of the makeshift fairway behind the studio. While his swing is fantastic, his personality is even better.

What’s not to like about Tommy? He’s absolutely obsessed with the game at the age of 3, he sleeps with golf clubs in his bed at night, and he now has the coolest golf cart around. I could honestly listen to him talk all day, and wouldn’t mind playing a few (or 100) rounds with the kid.

As long as he doesn’t give up on golf — and why would he? — he’ll be proving people wrong everyday.

Related Link: 3-Year-Old Born With One Arm Has Incredible Swing