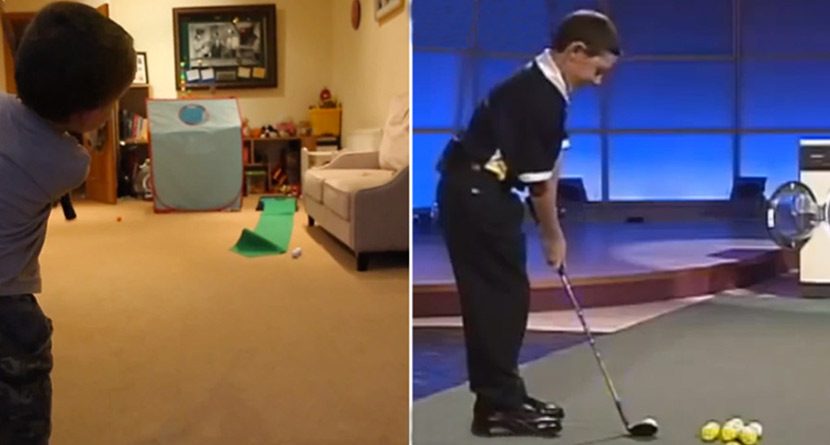 You’d be surprised how many videos on YouTube are touting their kid as the “next Rory McIlroy.” Most of them are just a cheap way to get you to click on their video.

Granted, you can never be quite sure whether or not trickery is involved in editing self-posted YouTube videos, and this 3-year-old did appear to get a few lucky bounces. But he has skills. Whether or not he’s the next McIlroy, check back with us after he gets on a TV show and makes chip shots into a washing machine.

That’s what McIlroy was doing as an 8-year-old, and later inspired one of the greatest commercials ever. Below is Rory as a kid and the rest of our five favorite “golf prodigy” videos.