5 Best Golfers in the MLB Playoffs 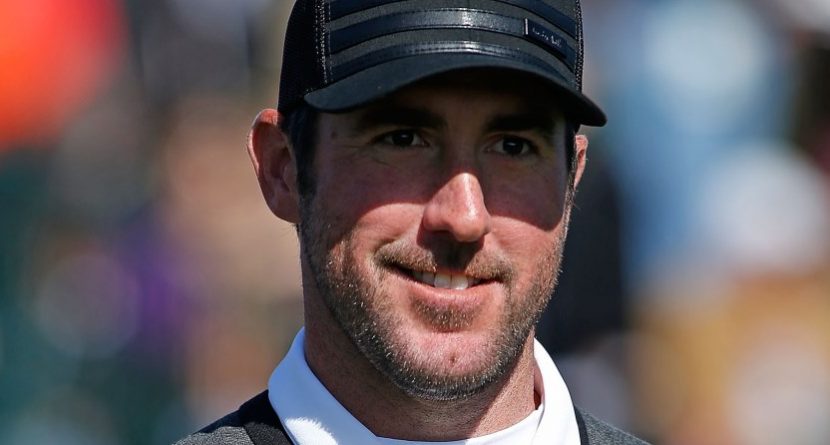 Players on all but four major league baseball teams now have the option to hit up the links, and odds are many of them are taking it. Golfing is a favorite pastime to those who play our country’s supposed favorite pastime for a living.

But there are a few avid golfers who don’t yet have the luxury of playing golf. Or maybe they do – they could possibly sneak in a round before a night game. Regardless, here are the five best golfers still in the playoffs:

Adam Wainwright, St. Louis Cardinals pitcher
The Cards’ ace grew up in coastal Georgia and played countless rounds as a kid at the Sea Island Golf Club. In the offseason, Wainwright retreats to nearby St. Simons Island, where he counts PGA Tour pros Zach Johnson, Matt Kuchar and Brandt Snedeker among his neighbors. He sometimes golfs with them too, and can hang; Wainwright’s handicap hovers around 3.

Justin Verlander, Detroit Tigers pitcher
The 2011 American League MVP says he’s a semi-pro golfer in his Twitter bio. He’s a 4 handicap, so close. Verlander made his tournament debut in February at the Pebble Beach Pro-Am, and says he plays golf nearly every day during the offseason after picking up the game in high school.

Shane Victorino, Boston Red Sox right fielder
Victorino is one of many athletes who host charity golf tournaments. His might be the best, though, because it takes place in Maui. That’s where the 32-year-old who boasts a 12 handicap hails from.

Clayton Kershaw, Los Angeles Dodgers pitcher
Are pitchers so good at golf because they’re not really allowed to hit as part of their job? Or because they take the mound once every five days? Or both? Whatever the reason, Kershaw appears to have a pretty good left-handed stroke. The MLB leader in earned-run-average this year has said he wishes he could hit more in baseball, but when he’s throwing more than 230 strikeouts and keeping that ERA under 2.00, he better not mess with what works.