5 Golfers We Want to See on ‘Dancing With the Stars’ 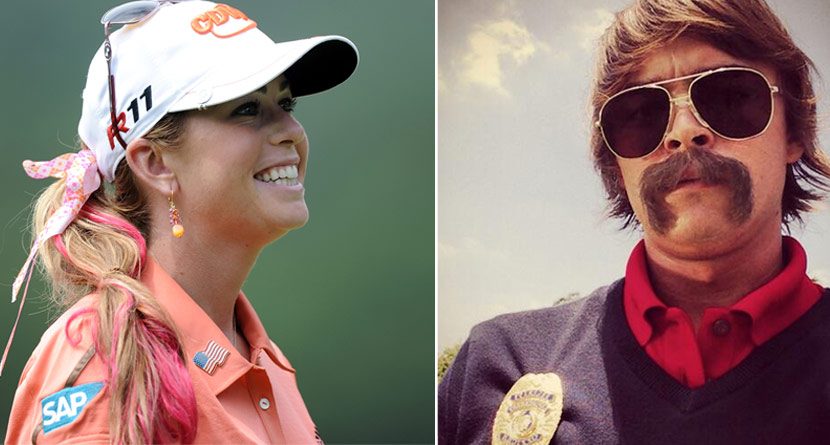 Those dancing stars just won’t go away. Turns out, people really like watching them.

“Dancing With the Stars” announced the cast for its 17th season Wednesday morning, and for the 17th time, no golfers were included. Sure, there might be this little problem of golfers actually competing this time of year – and in the spring, when the show also airs – but is a little courtesy pick too much to ask for? Even if you know, say, Tiger Woods can’t do it?

Well, that can’t stop us from dreaming. Here are five golfers we’d like to see on DWTS:

Jason Dufner
The Duff Daddy might have the most star power of any golfer out there right now, courtesy of his PGA Championship win, and he shows great rhythm and timing with his pre-shot waggles. The judges will dock him for his lack of expression, you say? Well, we’re not saying he’d vie for the mirror ball trophy, but he’d be highly entertaining to watch with a bejeweled woman prancing all around him. The recently-voted sexiest female golfer actually boasts some dancing skills – she did tap, jazz, ballet and gymnastics as a kid. She’s even had an interview with the show, but her day job takes precedence. The producers always invite retired athletes, so there is hope for her, but that’s still far down the road for the 27-year-old Creamer.

Cleaning up in the men’s category for those sexy golfer votes was the Masters winner, so you’d figure the ladies (they’re the only ones who watch DWTS, right?) wouldn’t mind seeing the Australian beefcake shake his thing. Who knows if he’s got moves, but he’s got guns.

Rickie Fowler (as Dick Fowler, P.I.)
We’ve seen a glimpse of Fowler’s dance steps in his music videos with the Golf Boys, and we know his bold fashion sense would work well on the show. What would be epic, though, is if he came out dancing as his famous alter ego, Dick Fowler, P.I. Farmers, make this happen.

James Hahn
If DWTS wants more video evidence, then we present James Hahn. The 31-year-old is not afraid to go Gangnam Style in front of a large, live audience. Surely he can salsa, mambo and two-step too.