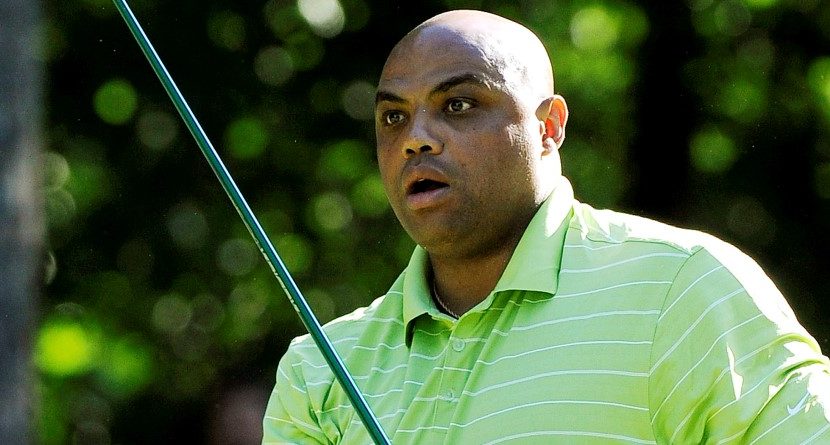 After watching Padraig Harrington take aim at the driving range ball collector, we figured it was time to peruse YouTube and find some more entertaining golf videos.

This procrastination quickly turned into a story idea, so here are five must-watch golf videos for your enjoyment.

Of course we had to start with the worst golf swing in the history of golf. Charles Barkley showed some improvement after working with Hank Haney on the “Haney Project,” but it’s impossible to fully get rid of that ugly hitch.

We can’t make this stuff up.

Remember that old Nike commercial that depicted Tiger Woods bouncing a golf ball on the face of his sand wedge? This guy takes it one giant leap further.

In this 4-minute video, Frenchman Romain Bechu makes bouncing and balancing a ball on a wedge look easy. In fact, it’s like there’s a magnet in the ball. Dude has some serious skills. But we’re no fan of the music overlaid on the video — we’d rather hear the “click, click, click” sound. Also, watch out for some strong language.

Taking a page out of Harrington’s book, this 4-year-old — at the encouragement of his father — hits the driving range cart four consecutive times. Not only that, but he’s got one heck of a swing.

What this video lacks in humor it makes up for in amazingness. Phil Mickelson hits a shot backwards out of a bunker. He’s the king of play around the greens, which is obvious here. Unreal.

This is one of the greatest monologues in the entire Seinfeld library — and of course it has a golf theme. You have to wait until near the end of the video, but it’s there. A bit of background: Kramer, the character wearing the brown coat, had been hitting golf balls from the beach into the ocean. George, the one telling the story, told a woman he was dating that he was a marine biologist. He wasn’t.