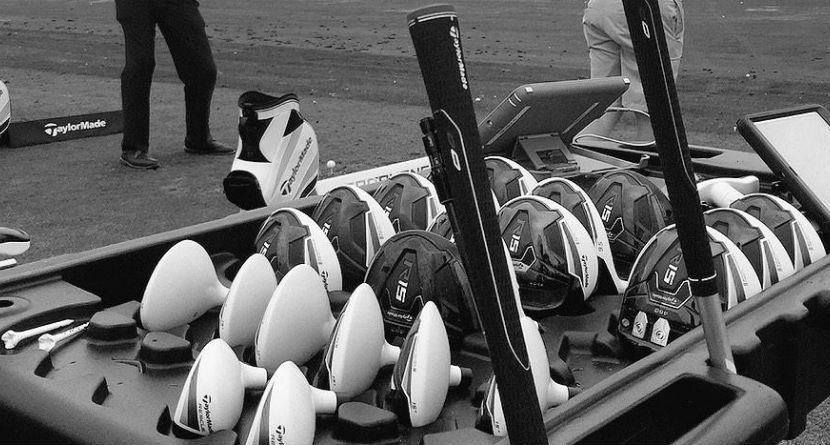 The PGA Show comes but once a year and with it comes the opportunity for the golf community to see what’s cool for the coming year.

From equipment to footwear to fashion, the products are aplenty in Orlando, Fla. each and every January. But, what about the people behind the show? For every new product or line, there’s a person putting it together, sending it to market and telling the golf world how amazing it is.

I caught up with one of those folks Tuesday at the annual PGA Show Demo Day to see what his experience at the show is.

Back9Network: You’ve got one sentence. How would you describe Demo Day at the PGA Show?

Jory Mendes: If I were to describe Demo Day in one sentence, it would be: “Disneyland for golfers.” People come from all over the country — all over the globe, really — to test out the latest and greatest from companies all around the world.

B9N: What is the focus for TaylorMade-adidas Golf in 2015?

JM: The focus for TaylorMade in 2015 is really going back to what we’re known for and that’s speaking directly to the golfer — knowing what they want, when they want it and how they need to play the product. We’re really going to dial down to that in 2015. The products we’re focusing on are the recently launched RSi irons, featuring face slot technology. We’re also featuring our R15 driver, the latest in our R series of drivers now in its 15th year. And for golf ball, I’m going to go with Project (a). It’s the best ball for amateurs and we’re confident that once they hit it, they’ll agree with us.

B9N: Since arriving in town for the show, how many collective hours of sleep have you totaled?

B9N: At both Demo Day and on the show floor, what goes into setting up the TaylorMade experience?

JM: Hours and hours of planning. People come in and see the product, the branding, the graphics and music for 15 or 20 minutes at a time but really this process starts nine months in advance. In March, April, May, we’re already concepting ideas for next year’s booth believe it or not and we love to stay ahead of the game.

B9N: As a golf fan, what do you look forward to most while at the PGA Show?

JM: Seeing all the people I talk to on email and on the phone so much. To finally put faces to names of guys I’ve never met is really great. Even getting a chance to meet some of the people at other companies that do the same work I do is very appealing.