5 Things You May Have Missed From The Weekend 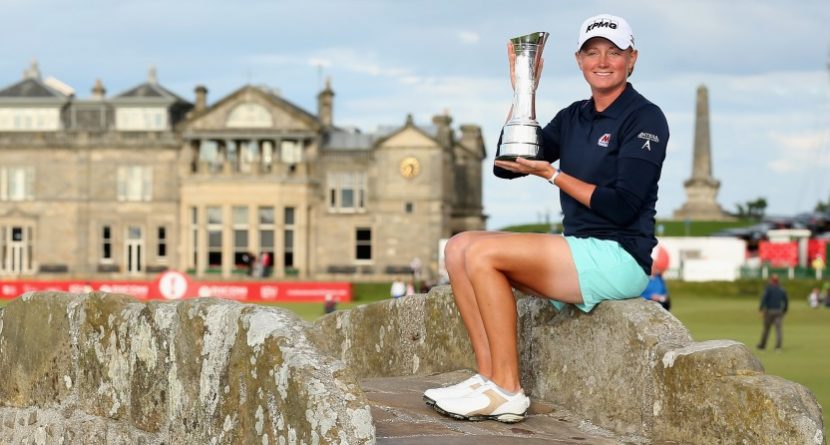 You were probably enraptured with Tiger Woods’ dominating victory at the WGC-Bridgestone Invitational this weekend. As you should have been. But there was some pretty good golf being played by pros not named Tiger.

Here are five things you may have missed from the weekend:

Lewis wins one for Americans at Women’s British Open
American Stacy Lewis, the world’s second-ranked woman, captured the second major of her career by claiming the Women’s British Open at the Home of Golf, St. Andrews in Scotland. The 28-year-old was five shots back of the lead entering Sunday, which featured the third and fourth rounds for those atop the leaderboard after Saturday’s play was suspended to due to wind. Lewis shot 3-under in the third round, then stayed at even-par for the final round, which included birdies on Nos. 17 and 18, for an 8-under 280 and two-shot victory over Na Yeon Choi and Hee Young Park of South Korea. Inbee Park is human
The Park from South Korea everyone expected to be in contention at the Women’s British Open was Inbee Park, the world No. 1 who won the season’s first three majors. She opened with a 3-under 69 on Thursday, but couldn’t stay in the 60’s the rest of the way (73-74-78) and finished T-42 at 6-over. So there went her chance to become the first man or woman to win the first four golf majors in a season. However, with the addition this year of the Evian Masters as a fifth women’s major, Park could still become the first golfer to win four majors in the same year.

McIlroy plays okay, which is great for him
If you follow this great game of golf, by now you’ve probably opined on the fall of Rory McIlroy’s game. Plenty of golf legends have chimed in. But the 24-year-old might have gotten back some of his swagger this weekend with T-27 at the Bridgestone. He was 2-over par for the tournament. Sure, that’s pretty average, but consider this: That’s his best result since tying for eighth at the Players Championship in May.

Hass has another top-10 performance
Coming into the week, Bill Haas ranked 25th in the world. He hasn’t fared well in the majors – T-20 at the Masters, and he didn’t make the cut at the U.S. Open or Open Championship – but he was tied with Brandt Snedeker for the most top-10 finishes on the PGA Tour with eight. Haas now has that lead to himself with nine top 10s after finishing T-7 on Sunday; Snedeker tied for 33rd.

Woodland wins Reno-Tahoe Open
Out west another PGA Tour event took place in Reno, Nev., the Reno-Tahoe Open, where 29-year-old Gary Woodland captured his second career PGA win. He tallied three birdies in the last five holes to record 44 points in the modified Stableford scoring format (eight points for double-eagle, five for eagle, two for birdie, zero for par, minus-one for bogey, minus-three for double-bogey or worse). That gives Woodland a $540,000 paycheck, a berth in next week’s PGA Championship, and a PGA Tour card through 2014-15.

Other Hot Links:
– By the Numbers: Tiger Woods’ Big Bridgestone Win
– Mahan of the Year?
– What Could An iPhone Fingerprint Reader Mean For Golfers?