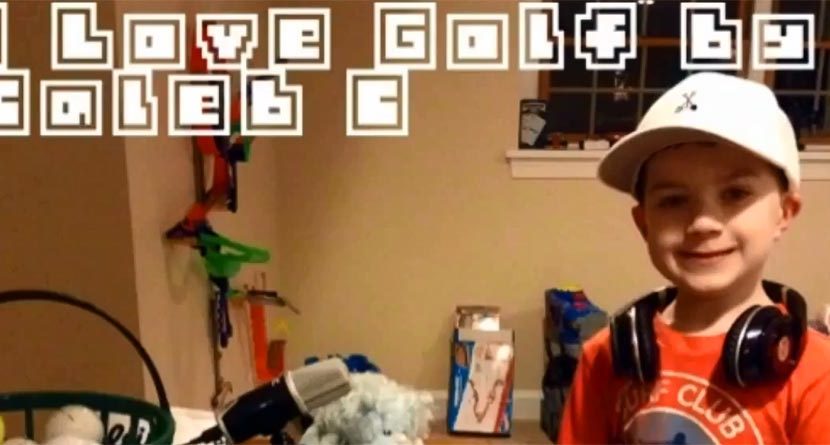 By now you may have heard about Caleb C., the 5 year-old wannabe rapper who wrote some rhymes about his favorite sport: golf. A few weeks ago he (read “his father”) released a preview of his new song for the world to enjoy. Now he’s released the extended full version.

As reported by Kyle Porter of CBS Sports, the anticipation for Caleb’s rap video has been substantial. The preview video immediately went viral on Twitter and other social media outlets, thanks mainly to a catchy hook.

I don’t know about you, but when I was five I spent most of my time trying to not soil my pants. Come to think of it, I still make that a daily goal some 25 years later. I guess you just don’t grow out of some habits, you know?