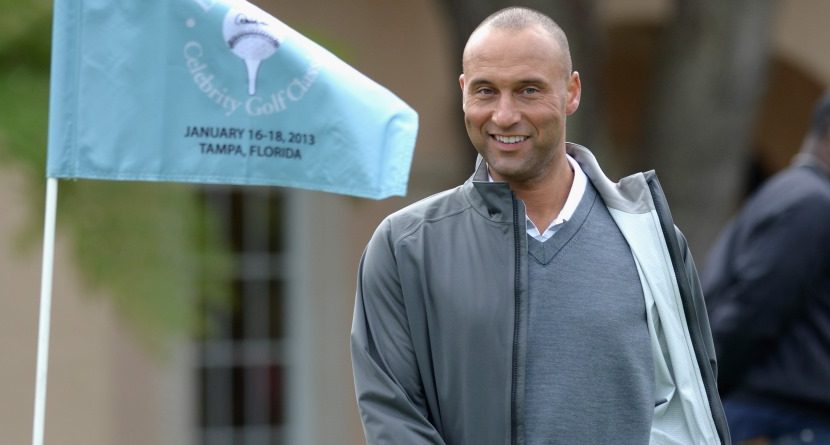 A lot of other athletes seem to play a lot of golf, and many of them play it well. This rings true in Major League Baseball, which sports a number of golfers in its player ranks. Many are probably off playing this week during the All-Star break.

Here’s a brief look at a few.

Joe Nathan — Texas Rangers
The right-handed pitcher, like many of his counterparts on the mound, enjoys playing golf in between starts and also during the offseason. He sports, according to Golf.com, a 10 handicap. He specializes in a four-seam fastball during his day job — we’d like to know if he hits the golf ball left to right or right to left.

Derek Jeter — New York Yankees
Jeter told ESPN earlier this year he doesn’t play much golf. But he does host his own charity tournament called the Derek Jeter Celebrity Golf Classic. At the 2013 edition of the tournament he was relegated to putting only — we’re assuming that had something to do with his self-proclaimed poor golf skills and also the broken ankle he was rehabbing.

Brandon Inge — Pittsburgh Pirates
Inge is the ultimate utility man on the diamond, having played everything from catcher and outfielder to third base. We hear he’s a 6 handicap, although we can’t verify that fact. But one thing is for certain: With his versatility on the baseball field, he’s probably got two golf bags worth of tricks on the links. We’re talking draws, fades, low-runners, flop shots, etc.

Nick Punto — Los Angeles Dodgers
Another utility man, Punto has played every infield position except first base, pitcher and catcher. He’s a switch hitter, throws right and also counts center field as another position he’s played. Punto told Golf.com that he’s a 0.5 handicapper. The worst part of his game, according to the website, are his long irons. You and me both, Nick.

Mark Teixeira — New York Yankees
Teixeira isn’t as close to scratch as Punto is, but he may enjoy the game just as much. Teixeira is about a 10 handicap and apparently plays a lot of golf near his Connecticut home when he’s not on the baseball field. He has also donated money to the golf team at his alma mater, Georgia Tech.

Mike Trout — Los Angeles Angels of Anaheim
An outfielder in just his second year, Trout apparently likes to play golf. That interest extends to during the baseball season, which is frowned upon for position players. But that didn’t stop the 21-year-old reigning American League Rookie of the Year last week, when he played in teammate Albert Pujols’ charity golf tournament and helped his foursome win the title. He played in another tournament in May and hit for the cycle the next day, so maybe he’s onto something.

Livan Hernandez — Free agent
As a free agent, Hernandez — a right-handed pitcher — has all the time in the world to play golf these days. And that’s apparent in his handicap, which is reported to be around a 2. The worst part of his game, according to what he told Golf.com, are his mid-irons, “I drive the ball so far that I don’t hit many mid-irons,” he said. That’s a pretty good problem to have.