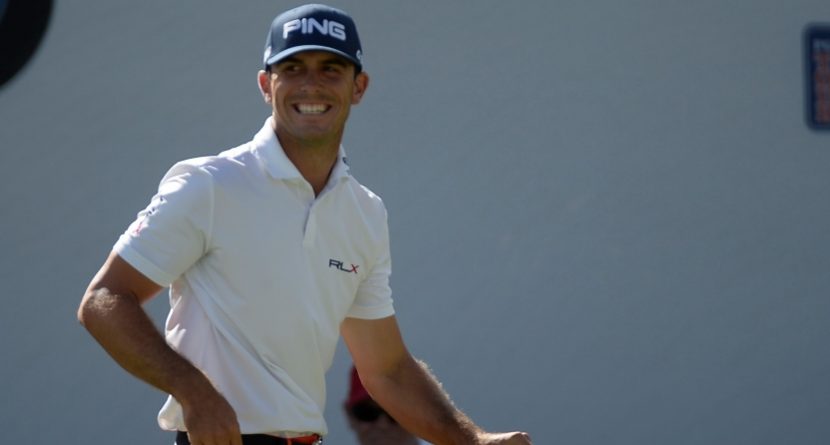 Billy Horschel’s wife, Brittany, is nine months pregnant, meaning she could give birth to their first child any day now. As you may have heard, he decided that while playing in the Tour Championship, he didn’t want to know if she had gone into labor until he was done golfing.

The reason? The nice little FedExCup bonus of $10 million that was on the line.

Yet, the baby is still safely inside Mom’s belly, so Horschel was never presented with the difficult decision. (By the way, Brittany was OK with Billy playing golf this weekend.) But, as all parents know, plenty of tough choices await the new mom and dad once their little girl arrives. Luckily for the Horschels, who collected more money in one weekend than they had previously the entire span of Billy’s four-year PGA Tour career, those decisions won’t hinge on whether or not they can afford something.

Because the Horschels now have plenty in the bank — and then some — for these seven outrageous things they could buy for their little baby girl:

It is well known that babies come out of the womb crying their head off. Among the most effective ways to quiet such a child is a pacifier. With millions of dollars at your disposal, why not buy one made of 14-carat white gold and 278 diamonds? Gucci Dress – $625
One of the first decisions a parent must make is this crucial one: What will the baby wear when we bring her home from the hospital? For the Horschels, we suggest this star-embroidered black dress from Gucci. She’ll probably poop or spit up on it, and grow out of it in a matter of weeks, but at least she looked good for that first picture at home. Majestic Carriage Crib – $11,500
OK, so the Horschels get home and their baby girl needs a nap. She’ll sleep like a princess in this majestic crib from Posh Tots: The Roddler – $1,895
After a few days, Brittany is feeling good and wants to go for a walk in that beautiful Florida sunshine. Time to put their daughter in her stroller – also known as The Roddler. It’s a souped-up stroller while she’s a baby, but turns into a hot rod tricycle as she grows older. It comes with leather seats, a headlight, and license plates, so you’ll never confuse your stroller/trike with your neighbor’s. Stefano Canturi Barbie – $302,500
Speaking of getting older, the munchkin will want some dolls eventually, and what little girl doesn’t enjoy Barbies? Horschel can splurge for the most expensive Barbie ever – this one fashioned by jewelry designer Stefano Canturi, featuring a $300,000 diamond necklace. After a purchase like that, a $200 Barbie Dreamhouse is nothing. Pony – $27,500
What else do all little girls want? Ponies! Horschel’s spare change could get this “kid safe” Gelding named Lotza Rocks:

Harvard education – $272,200
Being a Horschel, she’s going to want the finest of the finest, and when it comes to college education, that’s Harvard. The school estimates that total costs for 2014-15 (including tuition, fees, room, board, books, travel) would run up to $68,050. So multiply that by four years, and if you assume costs will go up by the time Baby Horschel graduates high school (of course costs will go up), it’s gonna set Billy back around $300,000 for a Harvard education. That’s about three times the amount he’d pay to send his daughter to his alma mater, the University of Florida, but a good education is ultimately priceless, right?

Especially when you have money coming out the wazoo.

Related Link: 10 Million Reasons Billy Horschel Might Miss The Birth Of His Child