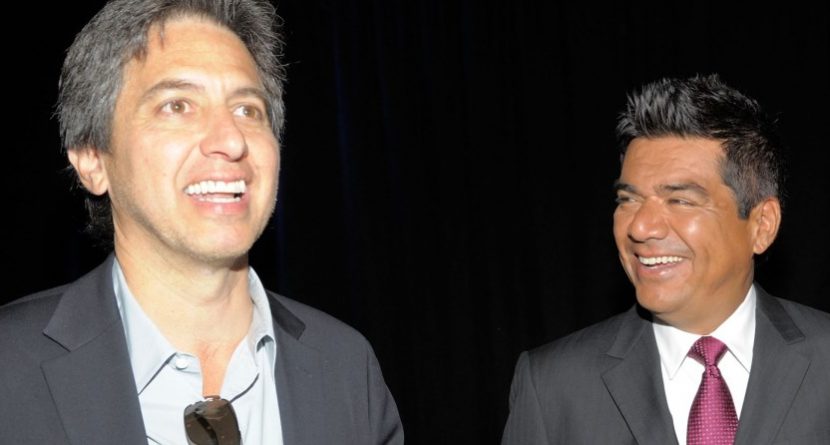 The much-anticipated debut of Fox Sports 1 hits flat screens everywhere when the clock strikes midnight on Friday. Its goal is to compete directly with ESPN, and with a history of being innovative and edgy with its sports programming, Fox already boasts some devoted fans.

In 2015, the company will broadcast major championship golf for the first time, as it acquired the rights to the U.S. Open last week. We can only imagine how Fox will change the way we watch the sport.

Also of much intrigue will be who calls the action. Reports have already surfaced that the Shark, Greg Norman, has been offered a gig, and it would only make sense that the network utilizes its top play-by-play man, Joe Buck. But would anyone be surprised if Fox made a bigger splash than that?

To help with the selection process, we decided to offer up nine announcers that we’d like to see on Fox’s future golf broadcasts (in no particular order):

Gus Johnson: You know his voice from past NCAA Tournaments or NFL games on CBS, but Johnson’s now under contract with Fox and calling soccer and college football games. His excitement might disrupt a few players on the course, but put him up in the booth and his shrieks will shake you from your Saturday afternoon nap. If Tiger Woods’ approach shot nails the pin and ends up in the water: “Oh my goodness, what a shot! Eighty-seven yards! It’s in the water! Ha Haaaa!”

Bill O’Reilly: The controversial political commentator is another guy already working for Fox; his show on the Fox News Channel, “The O’Reilly Factor,” is one of the most-watched cable news programs in the U.S. Want to spark up a debate about anchored putting? The greatest golfer of all-time? The best major? Bring in O’Reilly.

Johnny Miller: You might say golf already has a divisive analyst. Well, Johnny Miller will no longer be at the U.S. Open because Fox took those rights from NBC. That is, unless Fox hires Miller. It would be a bold move considering Miller said this upon the Fox-U.S. Open announcement: “I feel bad for the USGA in a way that money was more important than basically a good golf crew.”

Howard Stern: We’ve already spelled out why the King of Media is good for golf, but can you imagine if Stern got really into golf? He wouldn’t have to wait until his radio show on Monday to rate the Baba Booey’s; he could give real-time analysis on the broadcast.

Ed Lover: The rapper/actor/radio host is infamous for his “C’mon Son!” bits, in which he calls people out for their missteps. He’d have a field day on the golf course. Rory McIlroy lips out a putt? C’mon son! Phil Mickelson yanks a drive? C’mon son! Ian Poulter sports his normal attire? C’mon son!

Dick Vitale: Maybe he only calls basketball games because that’s the only sport he knows, but golf’s much harder to play than to understand. Besides, Vitale relies on only a handful of sayings anyway, and they’d translate nicely over to golf. Phil Mickelson’s 5-shot comeback at the Open Championship: “He’s a PTP-er, baby! Prime time player!” Jordan Spieth’s victory at the John Deere Classic: “That kid is a diaper dandy!” Jason Dufner’s shot-making clinic at the PGA Championship: “Awesome, baby, with a capital A!”

Ray Romano: The game could always use a little more humor. Romano’s an avid golfer; he’d be perfect for post-round interviews. Those clips would actually become entertaining, as opposed to just listening to a guy talk about why he pulled out a 6-iron on 16.

Darius Rucker: Then again, Tiger Woods might not enjoy speaking with a comedian after his round, so maybe Fox should get someone Tiger does like talking to. Rucker and Tiger have been friends since meeting at bar when Woods was 18, and Rucker enjoys the game so much he hosts numerous golf events every year. Maybe Rucker could even get comments from Tiger as he walks from the tee box to the fairway?

George Lopez: A big fan of the game and another announcer who’d bring hilarity to the broadcast. Not a lot of Mexican-Americans are watching golf, but they would if Lopez was on the shows.