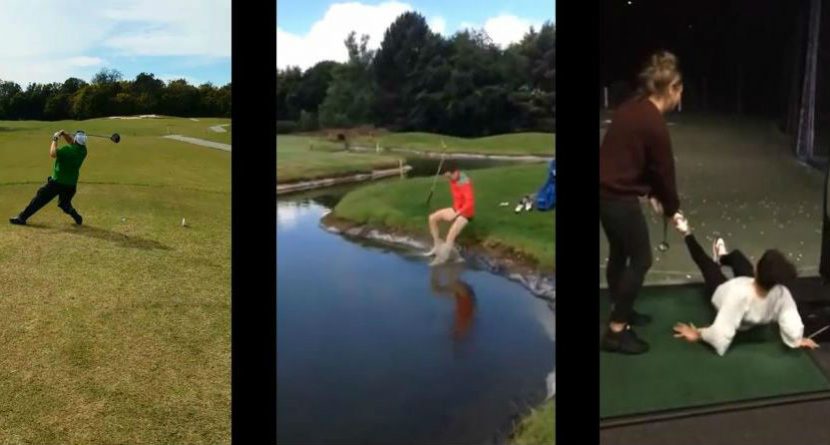 Back in the day, how many times did some crazy antic take place, something so incredible that your first reaction was, “I wish I had a video camera!”?

The best of these amateur videos? Fails. And because golf is such a hard game, it lends itself nicely to failure.

As such, here are the 9 most hilarious golf fail videos of 2014:

Boy Somehow Drives Ball Into His Own Head

OK, so that last one doesn’t really involve the game of golf, and it’s not exactly amateur video, but it’s definitely an unplanned fail caught on video. And the guy survived just fine.