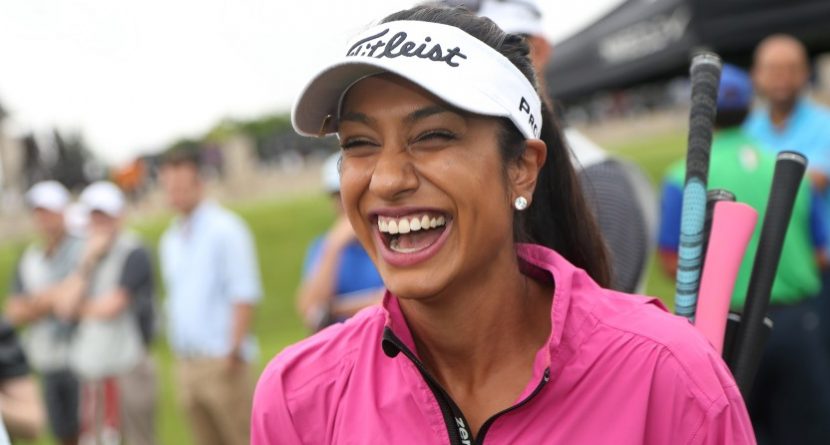 This is one of the biggest weekends on the Montreal calendar, and not just because the PGA Tour is in town. In fact, the RBC Canadian Open is probably largely overshadowed by the shows being put on downtown at the 2014 Just For Laughs Festival. With nearly 1,700 artists and more than 2 million attendees, it’s the largest comedy festival in the world.

But you’re probably not in Montreal right now. You’re probably at work or at home, killing time on the Internet. Which is great, because Just For Laughs can waste hours upon hours right where you are. “Just For Laughs: Gags,” a hidden camera TV show, is based in Montreal and has conjured up thousands of ingenious pranks – such as this one posted to Twitter on Thursday:

Ever wanted your own posse? Don’t sweat it; we got you covered! #TBT #JFLGAGS http://t.co/RUoGWL6kXf

Remember “Candid Camera”? This is the Canadian version. And the producers have been at it so long that there are a plethora of golf-themed videos to check out. So we did. Well, we watched as many as we could.

Here are the 9 best:

Other Hot Links:
– You Might Be Surprised At TopGolf’s Impact
– Saints Players Enjoy Golf, Flowery Wallpaper at Greenbrier
– Golf Ball Diver Bitten By a Gator for a Second Time
– The Fringe: Claret Jug Needs a Bath & Trump Still Dissing Pinehurst
– Is This The Greatest Hole-In-One Of All Time?
– Throwback Thursday: Champagne and a Movie
– Yeah Baby! Loudmouth’s Shagadelic Open Rocks
– 5 Things You Need to Know: RBC Canadian Open