9 NHL Stars Who Took Their Skills to the Golf Course 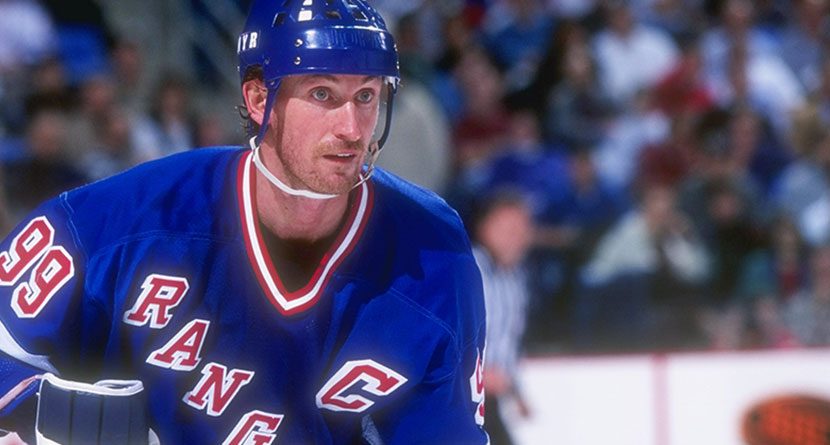 The NHL regular season is right around the corner. In fact, the puck officially drops Wednesday with four games to start the 2014-2015 campaign.

It’s no surprise that golf and hockey share a link. Perhaps it’s the similarities between the golf swing and a hockey shot, but hockey players translate quite well to the game of golf. Once they get off those skates, of course.

In celebration of our love for hockey and the start of what’s sure to be another fast-paced, exciting season, here’s our list of the 9 past and present hockey players who’ve taken their talents to the links:

Grant Fuhr
The four-time Stanley Cup champion is among the best hockey-stars-turned-golfers. He’s a regular at the American Century Championship and even played in a Nationwide Tour event.

Wayne Gretzky
The great one is now a fixture in the golf fan’s conscience thanks to his daughter Paulina‘s engagement with PGA Tour star Dustin Johnson but Gretzky can play quite a bit. He’s even been known to get swing tips from fellow Canadian and Masters winner Mike Weir.

Brett Hull
A regular at the American Century Championship, Hull is a notable golfer. He reportedly carries a scratch handicap and uses his bruising NHL frame to hit the ball a mile.

Jamie Langenbrunner
The former U.S. Olympic team captain is one of the best hockey players to take up the game and even won an event in his native Cloquet, Minn.

Mario Lemieux
Despite the fact that he owns his former team, the Pittsburgh Penguins, golf remains very much a part of the Hall of Famer’s post-hockey life. Lemieux hosts the Mario Lemieux Celebrity Invitational and is a member at famed Oakmont.

Mike Modano
Golf is also a big part of Modano’s post-NHL life. He remains an avid golfer and even met his second wife — professional golfer Allison Micheletti — on the golf course.

Dan Quinn
After wrapping up a 14-year NHL career, Quinn embarked on his second act: golf. He became active in celebrity events and is now an active caddie on professional tours. He has caddied for John Daly, Ernie Els and, most recently, Joost Luiten.

Jeremy Roenick
After his NHL career, Roenick purchased the club he played at during his childhood and remains a scratch golfer.

Marc Savard
Savard, who was a member of the Boston Bruins before being forced off the ice following a severe hit and subsequent post-concussion syndrome, is a major golfer. He played in the Canadian Mid-Amateur and missed his nation’s Open Championship by a shot.