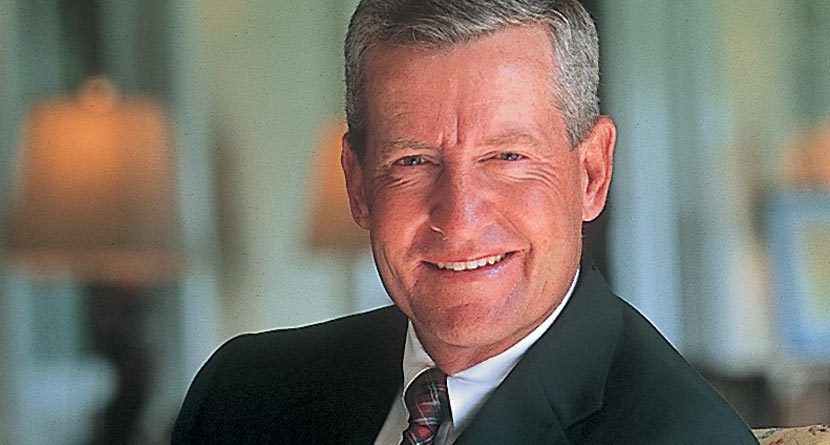 PGA of America professional Bob Ford is a throwback of sorts.

Ford, 59, is one of the nation’s few remaining head professionals overseeing the golf operations at two clubs. Incidentally, both are among the world’s most prestigious — Oakmont (Pa.) Country Club and Seminole Golf Club in Juno Beach, Fla., both of which boast top-13 courses in Golf Digest’s “America’s 100 Greatest Golf Courses 2013-2014” ranking.

Ford has been at Oakmont for 39 years, the first five as an assistant hired by head professional Lew Worsham, who Ford succeeded when the 1947 U.S. Open champion retired. Ford, for the last 13 years, has been head professional at ultra-exclusive Seminole, where he works Oct. 15 through April 15 before heading north to Oakmont.

Besides an impressive employment resume, Ford has long been one of the PGA’s finest merchandisers and teachers. He has also won most of the PGA’s most prestigious national and regional awards, and is enshrined in four Halls of Fame, including the PGA Golf Professional Hall of Fame.

In his spare time, Ford has also enjoyed tremendous success as a player. He has competed in three U.S. Opens and 10 PGA Championships, making two cuts in each, including a T-26 in the 1983 Open at Oakmont.

Q. Was your first job in the golf industry at Oakmont and, if not, where was it?

A. Oakmont was my first job as a professional, but prior to that during my last two years at the University of Tampa I worked in a pro shop in Tampa.

Q. What was the most important thing you learned while working for Oakmont CC head pro Lew Worsham?

A. The biggest thing Lew impressed upon me was how to treat people. Lew would do anything and everything to make everybody happy. I try to follow his example.

Q. How did your job at Seminole come about?

A. I had a few Oakmont members who were also Seminole members during the winters, and in the 1990s they would often take me out to play Seminole. In the spring of 1999 Seminole’s longtime head professional, Jerry Pittman, decided to retire. Seminole called me and asked if I thought I could swing being the head professional at Seminole and Oakmont. I said yes and took over at Seminole in Fall 1999.

A. It certainly has its challenges, but the neatest thing for me is that I have two different staffs to delegate responsibilities to, and they are both so incredible and do such great jobs I don’t really have to worry about anything.

Q. How do the Oakmont and Seminole jobs differ, if at all?

A. They’re actually very different. Oakmont is a community club with a local membership that’s busy 24/7 with full amenities like breakfast, lunch, dinner and sleeping arrangements while Seminole is strictly a golf-only winter destination where members come to play golf, period.

Q. Oakmont has hosted numerous men’s and women’s major championships. How difficult is it to balance the prestige with the membership’s needs prior to the event and returning to normalcy afterwards?

A. I’d be lying if I said it isn’t an incredible imposition on the members, particularly in the run-up to a men’s Open, but it’s also tough when we host a U.S. Women’s Open. The tight time frames between the 1992 U.S. Women’s Open and ’94 U.S. Open, and again between the 2007 men’s and 2010 women’s Opens, were particularly tough for the members. Even something like growing the rough prior to any Open affects the members, as it really slows down play since it’s much more difficult to locate errant shots. But, despite the impositions, the bottom line is our membership really takes pride in hosting major championships.

Q. You’re one of history’s finest club professional players, having competed in three U.S. Opens and 10 PGA Championships. Is there one highlight that stands out?

A. The first major championship I qualified for was the 1980 U.S. Open at Baltusrol and the last was the 2005 PGA Championship at Baltusrol. It was neat the way Baltusrol bookended my major-championship career. It also amazed me how fast those 25 years went by and that I was able to stay so competitive for that long.

My single-best memory was qualifying for the 1983 U.S. Open at Oakmont, my own course, and also qualifying to play the weekend. In Tuesday’s practice round I played with Jack Nicklaus, Tom Weiskopf and Ed Sneed, on Wednesday I played in a fivesome with Arnold Palmer, Ben Crenshaw, Miller Barber and Jay Sigel, on Saturday I was paired with Hubert Green and Lou Graham and on Sunday I was in a twosome with Bob Gilder. It was an amazing week — one I’ll never forget.

Q. Are you still competing in tournaments and, if so, how often?

A. I do still compete in big senior events such as the U.S. Senior Open and Senior PGA Championship, and I have my spurts where I get to play quite a bit, and probably average getting out two to three times a week.

Q. As a PGA professional, what grow-the-game program or programs do you think provide the best opportunity for golf participation to truly grow?

A. PGA professionals have been growing the game my whole career in terms of getting people to play. There has been a little pull-back, but I’m a big supporter of The First Tee. I just mentioned to the PGA’s new CEO, Pete Bevacqua, that we really need to get involved with The First Tee. I also suggested to Pete that every facility should have a small course, so new players, juniors and women won’t be intimidated by a difficult layout and having to play with serious, more-experienced golfers. These new players need to feel welcomed and have fun on a course they can handle.