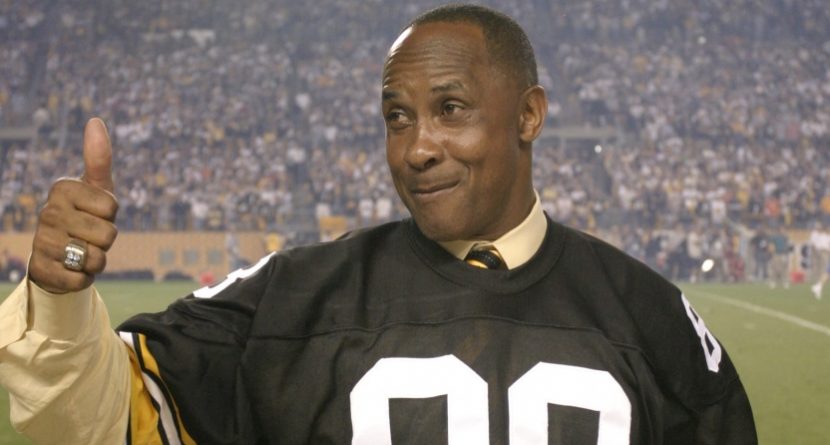 Lynn Swann sure hasn’t taken the easy road since retiring from the NFL in 1983. After a nine-year career as a wide receiver that included four Super Bowl titles with the Pittsburgh Steelers and earned him a bust in the Pro Football Hall of Fame, he immediately got into broadcasting.

From there he ventured into a brief political career, which led to various business opportunities, and Swann now sits on the board for four different corporations. On Saturday, he’ll become an Independent Director on the PGA of America Board of Directors.

With assistance from Pro Football Hall of Fame Enterprises, the always-on-the-go 61-year-old graciously carved out some time for Back9Network this week to talk golf, business and football.

You didn’t play much when you were younger, so how did you pick up the game of golf?
I didn’t play at all when I was young. I really started to play the game after I had retired from football. A friend of mine in college, her father, Charles Lions, was a golf club designer, and Mr. Lions had designed a number of clubs that I think actually had gone on to be the base or the foundation of what eventually became TaylorMade. He had always tried to encourage me to get into the game of golf, but the first time I played, his 14-year-old son beat me handily. So I said, “I’m not quite sure this is my game.” But I started playing with friends afterwards when I retired from football, and friends who were very patient with me and allowed me to play with them when I was absolutely horrible. Didn’t know all the rules, didn’t know the etiquette of the game, and they were patient enough with me and tried to help me along. To that end, I think I owe all of them a debt of gratitude for their patience, and try and do the same for other people I play golf with. Do you play often now?
I would love to play a few times a week, but I sit on four boards and I’ve got two young kids – a sophomore and senior. So a very full schedule. But I get a chance to play when I’m traveling a bit on the road. If I’m traveling and have enough time in between meetings and conference calls, I’m not opposed to just calling a club and getting a tee time, renting clubs and going out and playing. I did that just last week in Las Vegas, and played Shadow Creek for the first time.

What’s the best part of your game these days?
Anytime I get a chance to play, that’s the best part of my game. I think I putt probably better and more consistently than I do anything else. I was playing in the AT&T pro-am with Jim Furyk, and our playing partner on the pro side was Chris DiMarco. This was several years ago. I was struggling, just struggling getting to the green, but I’d get to the green and I’d make some great putts. And Chris DiMarco just came over to me and says, “You know, if we could just get you to the greens in regulation, you might be shooting in the 70s.” Ahmad Rashad recently joined Back9Network, and you two played football at the same time. How well do you know Ahmad?
Ahmad tried to recruit me to the University of Oregon, back in 1969 and ’70 when he was at Oregon and I was a high school player in San Mateo, California. A guy I played against, Dan Fouts, went to St. Ignatius, and so I played against Dan for two years, and he was the quarterback up at Oregon. So I flew up there and the two of those guys were trying to recruit me pretty good, along with the coaches, but I ended up going to Southern California and graduating from there in ’74.

If you could play a round with any three people, who would you play with?
Oh, I would imagine that there would be one or two friends in that group and probably a pro. It would probably be a guy named Larry Fleming, who’s a good friend of mine. Larry was actually the scorekeeper during the Mercedes Tournament of Champions that was held out at La Costa (Resort and Spa in Carlsbad, Calif.) every year. Then I would probably have Gary Brown. Gary Brown’s a friend of mine in Pittsburgh and a guy who belongs to the Upper St. Clair Country Club and patient with me and a good friend. And I’d probably give Jim Furyk a call, and we’d go out and hit some golf balls and just have some fun. We can’t let you go without some football questions. Are your Steelers going to make the playoffs this year?
Well, it’s going to be tough. I think mathematically they still have a chance but it’s a very slim chance at this moment. So we’ll see. If you saw them play on Sunday against Detroit, they’re not going to give any ground. They’re going to come out and play and play tough. If they can keep playing like this and get the same kind of results, they’re going to have an outside – outside – shot. But I’m keeping my money in the bank, if you will.

Who are your Super Bowl picks?
I think Denver and Seattle are playing great football, and they’re playing consistently. Seattle’s been playing great defense; they’re fired up and moving around the ball. Pete Carroll has consistently improved that team in Seattle, and so they’ve made a steady climb upward both offensively and defensively. Denver, with the addition of Peyton (Manning), and the supporting staff around that offense, and people have been focused on that offense, and they’ve done a tremendous job. But at the same time, they’ve built a very talented defense with great speed, great power. Everybody is playing well, and when you think about being at practice every day against a Peyton Manning and you’re going against those receivers, it sharpens your reaction time, it sharpens what you have to do against a really talented passing team. So you’re ready; you go into a ball game and you’re going to be ready.

If you could pick one moment from your football career that stands above the rest, what would that be?
Oh gosh, I think I’m very fortunate. I think I’ve got a whole bunch of moments. Pick any moment where you’re standing in the locker room and the commissioner of the National Football League is handing the ownership of the team a Vince Lombardi trophy. Those are four very special moments. Standing in front of family, friends and football fans with a gold jacket on and an acceptance speech for the Hall of Fame is another moment. The day I got drafted to the Pittsburgh Steelers was a big moment. And then in between all of those are a whole bunch of plays and games and moments that stand out in terms of performances on the field. So I consider myself to be more than blessed. I’ve had an abundance of good fortune in sports.