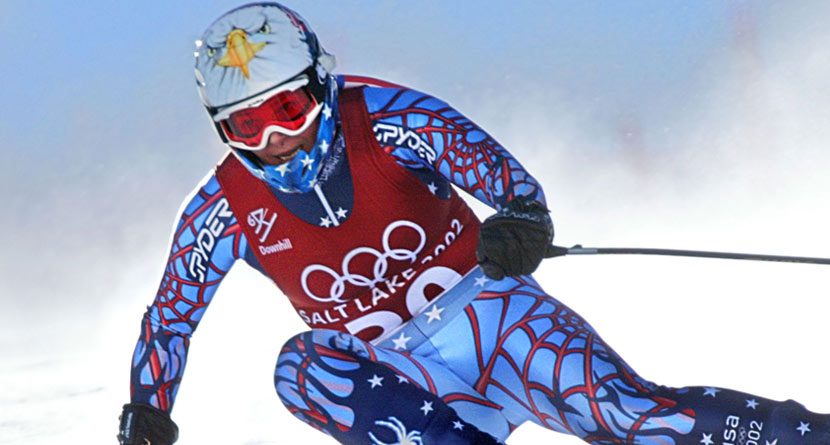 Before Lindsey Vonn, there was Picabo Street. As a 22-year-old making her Olympic debut, Street took silver in the women’s downhill at the 1994 Winter Olympics in Lillehammer. And despite missing much of the 1996-97 season with a knee injury, she came back to win the super-G gold medal at the 1998 Nagano Olympics.

Street retired after competing in the 2002 Olympics, but she continues to stay involved with the sport. She’ll be in Sochi for the 2014 Olympics next month as a skiing analyst for Fox Sports. She’s also a mother of four and takes her role as a sports parent very seriously. That’s why she teamed up with Liberty Mutual’s Responsible Sports program to help choose the most responsible youth athletics moment of 2013. Street spoke with golf.swingbyswing.com about that program, what her top pick was, how her golf game is looking, and what she foresees for the U.S. Olympic ski team.

Can you explain more about what the Liberty Mutual Responsible Sports program does?
So on ResponsibleSports.com, we solicited nominations for responsible sports moments in youth sports experiences. Through dozens of nominations we picked 10 winners and then one top winner. And those organizations all get a grant from Liberty Mutual Insurance. This website, ResponsibleSports.com, it hosts this whole contest, but it also hosts a plethora of information about how to be a better sports parent, how to support the team and support the coaches, and a lot of statistics about the differences between how parents look at it, how coaches look at it, and how youth look at their sports experience. We’re not all on the same page there and we’re working on getting everybody on the same page so that our kids can have lasting experiences that shape their character.

Has the overall winner been chosen?
We have just chosen the overall winner. It was very difficult, but we went ahead and picked a winning moment. It’s called our “Most Responsible Sports Moment of the Year,” and it’s out of a middle school in Bridgewater, Mass. There’s a little 6-year-old named Danny Keefe, and Danny suffered a brain hemorrhage when he was born. So he has apraxia of speech. He would come every day, dressed up in a suit and tie, and he was the water coach for the football team. Well, these little guys, these fifth-graders (on the football team) found out that Danny was being made fun of, so they all decided they were going to have a “Danny Appreciation Day.” They all dressed up in suits and ties and came to school, and proclaimed it “Danny Appreciation Day.” They gave him a big round of applause and a little celebration in the library.

At Back9Network, we obviously loved the story of Davis Riley, the 16-year-old golfer who was honest and called a penalty on himself when he was fighting to win the U.S. Junior Amateur Championship. What did you think when you heard Davis’ story?
That was my favorite moment. That was my actual No. 1 pick. That’s integrity at its finest right there. He never has to answer to himself or God or anybody about that move he made. It was the utmost of integrity, and the utmost of responsibility. You get right down to the pure responsibility of sports, and that’s it in a nutshell for me. He didn’t have to do that. He didn’t have to take that stroke. He could have won that (tournament). But instead of riding on that for the rest of his career and going, “What if, what if, what if,” and become one of the greatest golfers we’ve seen, and at some point have to pull out of a bag, “Oh, when I was a 16-year-old, I cheated” – that could haunt him forever. He kept himself from ending up in a bad situation for the rest of his life, where he had to hide something. That, to me, is really important. Were your kids and you being a sports mom part of the reason why you wanted to get involved with this program?
Absolutely, for sure. Having four young boys and two of them – one 10 (years old) and one 9 – I’m a sideline mom. I’m in the bleachers, I’m in the stands, I’m bringing the snacks and the drinks and I’m there helping them through it. And I catch myself perpetually having to either grab a parent and put them in check or grab a coach and say, “Hey, that’s not going to encourage them.” I get with my kids’ coaches and say, “How are you going to run this program? What are your priorities?” And if they align with mine, we stay. If they don’t, we go. So we’re a part of it and we’re involved, but my children are their own people. I think that’s one of the most important messages that parents are going to get from the ResponsibleSports.com site, is that children are their own individual people. They have their strengths and weaknesses, and we have a responsibility as parents to set the right example for them, but we also have the opportunity to allow them to become who they’re going to be.

Switching back to golf, do you play much?
I play a few times a year. I’m very, very coachable. I can send the ball a long way down the fairway if I really line it up right and do it. But you know, I have four boys and so until one of them picks up golf, it’s a little bit off my radar. But I love to play in charity tournaments. It’s a great, fun way to raise money for awesome charities, just playing golf tournaments. So I go and I play, I do. It’s fun. I have a good time.

Do you have a favorite place to play?
I haven’t played enough to have a favorite place. All golf courses seem like this really beautiful surreal kind of atmosphere for me anyway. I love golf courses. They’re fun and quiet. The Masters would be fun to go see for all the foliage and the flowers at Augusta. I played with a pro golfer a lot of years ago named J.J. (Henry, who happens to be a Back9Network ambassador). Big, tall dude. I think I got to the second hole, I whacked the ball, it might have either gone into the beach or the woods – not where I wanted it to go, obviously. And I think I might have made a gesture or hit my club on the ground or something, and he looked at me and laughed and said, “Oh no no no. You’re not even close to being good enough at golf to get that pissed off yet.” And I remember laughing at myself and thinking, “You know what, I’m probably never going to be good enough at golf to get that mad.” So I have never gotten upset again playing. OK, now to a sport you are very good at: skiing. How much are you looking forward to covering the Olympics for Fox Sports?
Very much. I’m excited to sneak off to the venues and see the athletes compete. I want to get up on the snow, that’s going to kind of be first on my docket. I want to get up on the snow and feel what it feels like underneath my feet, because I remember the last time I skied in Russia – it’s kind of coastal and it’s interesting. It’s a little bit like Whistler (where the 2010 Vancouver Olympic skiing events were held), a lot of moisture in the snow. So I want to get a feel for what the snow’s going to tell me under my skis so I can have an idea of what the racers are experiencing.

We won’t have Lindsey Vonn, but what’s your outlook for the rest of the U.S. Olympic ski team?
Mikaela Shiffrin is inevitably going to be where everybody shifts their focus now that Lindsey’s out. Mikaela is 18 years old, and she is the slalom world champion. She’s been doing well in slalom and she’s also brought giant slalom into the fold this year, and podiumed a couple of times. So she actually has a really good chance to double-medal in Sochi, which would be fantastic. Ted Ligety and Bode Miller are having a great season, going back and forth with the giant slalom racing. That rivalry right within the team will present itself at the Olympics and be really, really fun for everybody. And the young kids, they’re starting to kind of get the feel. It’s getting contagious, they’re starting to kind of go, “OK, it’s time to step up and make it happen.”

Have you spoken with Vonn since she announced that she won’t be competing? Must’ve been a tough decision?
Actually, the choice kind of presented itself, really. She ran out of time. She hurt herself in February and then tried to come back by December and really could have used a couple more months under her belt to get herself as ready as she needed to be. We will miss her immensely in Sochi and it’s sad for me, but she’s got to get her body back healthy now. She has to be a healthy human being for the rest of her life, not just as an athlete, right? And she’ll be back in full affect next season. Will she go to another Olympics? I’m saying no. I’m saying at age 29, four years is a long ways away, and she’s won just about everything there is to win. So I think she comes back, she races one more amazing season, caps it off with the world championships in Vail, and hangs it up and says it’s been great. Now, would I be surprised if she went on for three more? No, but I could see her hanging it up too.