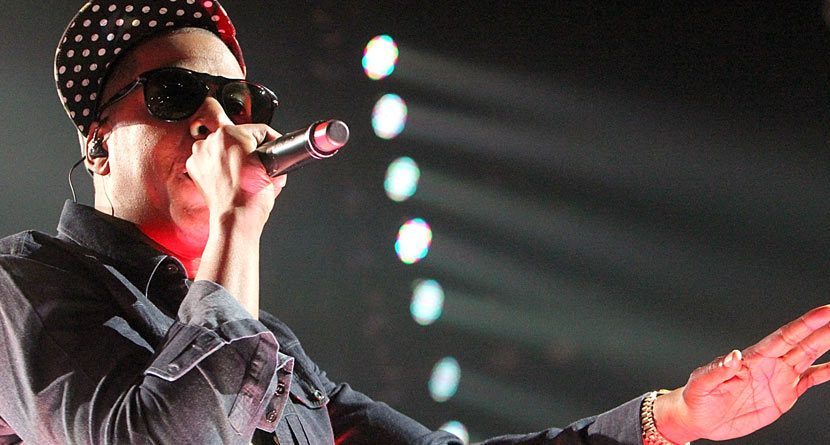 Jay-Z has been a busy man lately.

Apart from juggling his responsibilities as a hip-hop icon and a new father, HOVA has recently started his own sports agency (Roc Nation Sports) and is already attracting some superstar athletes to his stable. Here are nine reasons why I feel the Back9Network would fit in nicely with Roc Nation.

1)  Hanging out at the 40/40 Club – If there’s anyone who knows how to throw a party, it’s definitely Jay-Z. Having the chance to hang with my Back9Network bros and bro-ettes (?) at the 40/40 Club in New York City would be reason enough to sign with Roc Nation. Pass the champagne! 2)  Becoming Besties with Beyonce – Mrs. HOVA is not only one of the most beautiful women on the planet, she’s also one heck of an entrepreneur and ambassador for numerous charitable outlets. Plus, having ‘Sasha Fierce’ in my iPhone contacts list would be amazing… and probably distracting.

3)  Jay-Z’s Record Label – I don’t know about you, but having the opportunity to mingle with some of the biggest names in music from Jay-Z’s record label would be a dream come true. Plus, you never know which B9N team member is just waiting for his or her big break. Right, Giant Talking Moose Head? 4)  Rocawear – In addition to laying down some tracks on his record label, our B9N crew could also reap the benefits of Jay-Z’s fashion line, Rocawear. Maybe we can introduce a few golf-inspired items into the new Fall collection, eh?

5)  Giving Kevin Durant and Robinson Cano Golf Lessons – Two of the biggest athletes who’ve already signed with Roc Nation include the Oklahoma Thunder’s Kevin Durant and New York Yankee Robinson Cano. I’m pretty sure I can beat both guys on the golf course, but I’d be willing to teach them a thing or two in the process. 6)  Jay-Z Screams “Lifestyle” – One of the founding principles of B9N is to shine a spotlight on the golf lifestyle. Who knows what it means to personify a successful lifestyle more than Jay-Z? Nobody, that’s who.

7)  Roc Nation is Young and Unique – Let’s not beat around the bush, folks; the mission and presence of Back9Network is unique and new at this point. The same can be said for Roc Nation. Could you imagine if the two of us joined forces?

8)  Pushing the Envelope – In addition to being young, different and unique, both Roc Nation and the Back9Network plan on changing how people look at sports stars and golf.

9)  Maybe a Credit on a Rap Album? – Please, HOVA? Can I just get a small space on a CD sleeve? Maybe a shout-out on your ‘Magna Carta Holy Grail’ album?